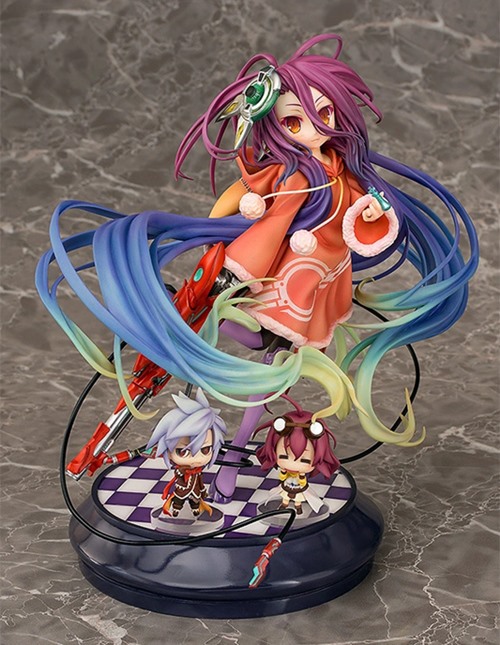 If you have a couple of hundred dollars to spare, love anime figures and don’t mind waiting a year for a figure to be shipped to you, one of the cutest to be re-released in a while is Phat! Company’s scale figure of Schwi — the ex-machina heroine from the anime movie “No Game No Life -Zero-“.

The original 1/7th figure came out a couple of years ago and sold out fast.

Now Schwi is back, she is just as cute as ever, and on pre-order at Good Smile Company both inside and outside Japan for the next month. 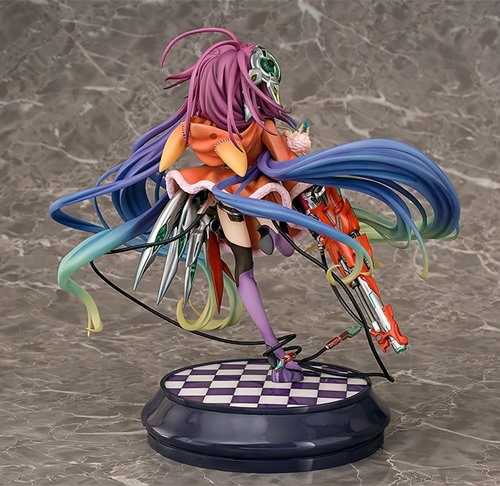 When your figure of Schwi arrives, you will see she has an extremely dynamic pose and is holding a large red gun pointed down towards the floor, while her long multi-colored hair flows beautifully around her.

She comes with a checkerboard circular base with the adorable chibi figures of Riku and Corone displayed at her feet.  Her cute face with its enormous eyes partially hidden by her hair gazes back at you as you stare.

Be aware though, if this re-release is like the original figure, the gun does not fit particularly well in Schwi’s hand so you will have to assemble her and then be careful if you move her so that it does not get damaged.

The artificial nerve cords can also be a little annoying to assemble correctly but, once assembled, they do tend to stay put. 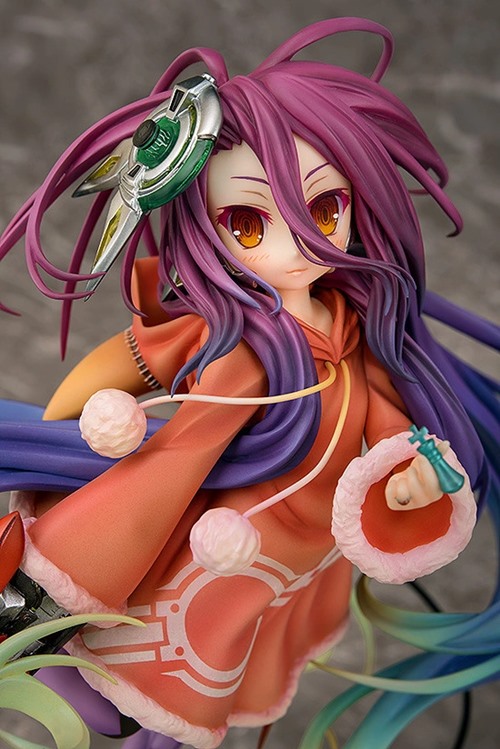 The 1/7th scale figure of Schwi was sculpted by Koudai Abe, and features intricate detailing you do not see on many figures. She stands approximately 8.6 inches in height (or around 220mm), which also includes the height of the base itself.

If you are in the U.S. or Canada, you can currently pre-order the Schwi figure on Good Smile from now until Wednesday May 19th, 2021 at 23:59PST.

Sadly however, she will not be shipped until May, 2022, so be prepared for a long wait.

Even with that long wait in mind though, if you are a fan of “No Game No Life -Zero-“, Phat! Company’s 1/7th scale figure of Schwi is a great addition to any collection.

Check out YouTuber Ken Ken’s unboxing of the original Schwi release below, and you will easily see why.