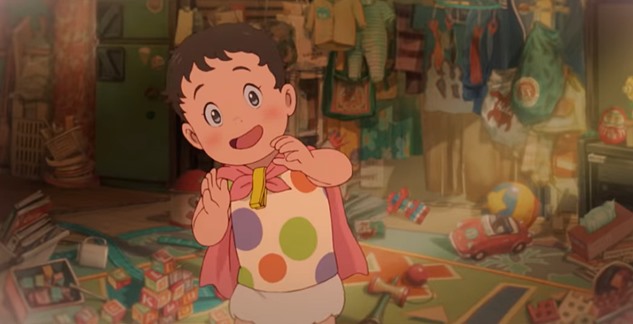 Instead of choosing an adult singer to sing the Gyoko no Nikuko-chan opening theme song while sounding like a child, anime film producer Sanma Akashiya decided to have an actual 10-year-old singer perform the theme song.

That singer is 10-year-old actress and singer Kurumi Inagaki (In This Corner of the World), who is performing the Gyoko no Nikuko-chan OP ‘Image no Uta‘.

Kurumi Inagaki’s sweet and lovely version of ‘Image no Uta‘ can be heard on the just-released Gyoko no Nikuko-chan full trailer.

The song is a cover of Takuro Yoshida’s debut single of the same name, and is produced by the indie band GReeeeN, who is performing ‘Taketen‘, the movie’s ending theme song, (which can also be heard on the trailer).

The film is expected to have a June 11th release in Japan.

Watch the new Gyoko no Nikuko-chan trailer and listen to Kurumi Inagaki’s ‘Image no Uta‘ below, and then follow her on Instagram.