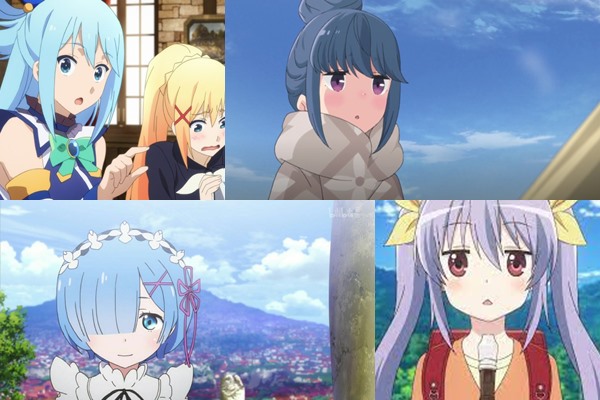 When it comes to the anime series I like the best, it is always the ones with incredibly cute girls. Girls like the Laid-Back Camp cuties, the Non Non Biyoris and the sweeties from How NOT To Summon a Demon Lord.

In other words, if an anime features a slew of cute girls, my “squeeeeeee” mode goes into high gear, and I am basically sold.

There are, though, several cute anime girls that stand out for me more than some of the others. (Although it breaks my heart to leave so many of them out!!!).

These 11 of the cutest girls in anime EVER are the ones I love the best — but, no, I’m not going to rank them as I would feel incredibly disloyal to the 10 that didn’t make the top spot. Wouldn’t you? 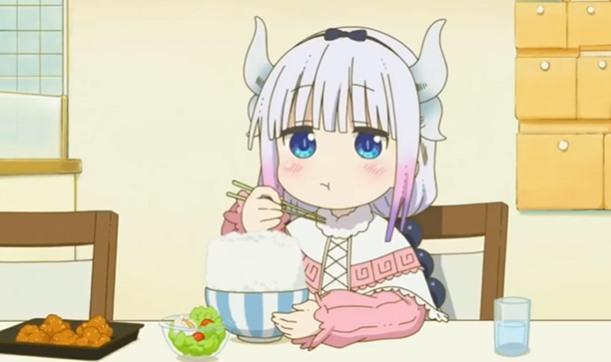 I could watch Miss Kobayashi’s Dragon Maid over and over again just to see Kanna in the rain singing her “rain song” and dancing.

Not only is it Kanna’s husky voice that makes her so adorable, it’s also that she is sweeter than sweet. Until, of course, she throws a hissy fit.

Known by the fandom as a ‘gothic lolita’, Kanna might look lovely, cute and innocent but, when she gets into dragon mode, beware. Her strength is super human.

Kanna, though, for me, is one of the cutest girls in anime because, no matter how many times I watch the same Miss Kobayashi episode (and, believe me, I’ve watched them all a lot), I still want to pick her up and cuddle her just like the first time I ever saw her.

And don’t get me started on Kanna eating, because awwwwww….. 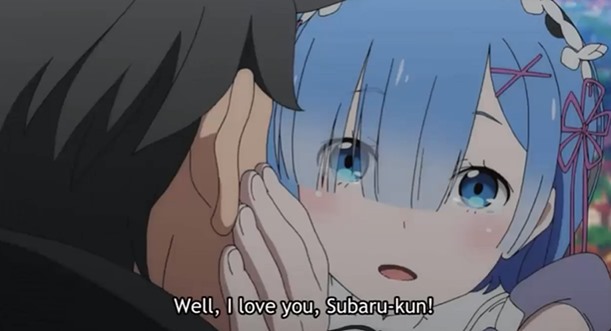 When I first started watching Re:Zero − Starting Life in Another World, I have to admit I thought Emilia was the cutest girl in the show.

But, after starting to follow a couple of people on YouTube who are obsessed with collecting Rem figures, it suddenly dawned on me that Rem is the one that steals it.

Come on, it’s in how she changed in our minds from someone who will just as happily murder Subaru as spit on him if he was on fire, to someone who fell in love with him, to then our current day Rem, suffering from amnesia and suspicious of almost everyone.

Throw in the way she peers at you from underneath her sky-blue hair, and how her husky voice can be so soft and lovely (yep, I have a thing for cute anime girls with husky voices) and Rem is not just one of the cutest girls in anime, she’s pretty much a waifu.

Rem Galleu — How NOT To Summon a Demon Lord 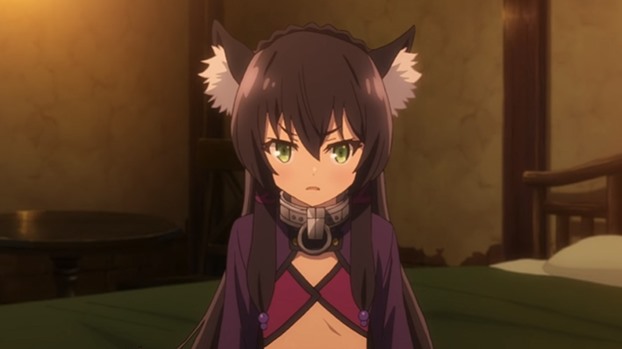 Onto another Rem, and this one is not only adorably cute, she also has the most beautiful cat-like eyes, furry ears and a tail.

Rem Galleu is one of two main girls in How NOT To Summon a Demon Lord, and it is difficult to choose between the two of them, as Shera is also freaking cute.

But, it’s Rem the Pantherian (cat girl) who stole my heart with her self-consciousness about her flat chest, the way she almost swoons away when someone rubs her ears, and how she gets ridiculously motion sick when being forced to travel on just about anything that moves.

Plus, Rem keeps her feelings to herself and, in some respects, is painfully shy.

Doesn’t that just make you love her more? Because it certainly does me! 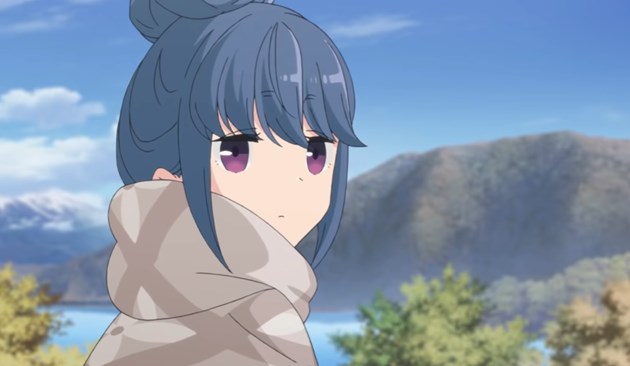 Absolutely my favorite anime girl of all-time, Laid-back Camp‘s Rin Shima is so darned cute I grin from ear to ear every time she shows up on screen.

From the way Rin drives off on her moped all by herself, to her stellar tent pitching skills, her ability to make delicious outdoor ramen, and preferring to be alone than with almost anyone else (well..until she becomes friends with the other adorable Laid-back Camp cuties…), there is nothing about this girl not to like.

That she is independent and can take care of herself just adds to her charm, as does that freaking fabulous hairstyle and her husky voice (yep, at least half of the cutest girls in anime have a husky, smoky voice)….I just can’t!!!

Rin is my all-time favorite cutest girl in anime EVER but, sssshhhhhh, don’t tell any of the others. 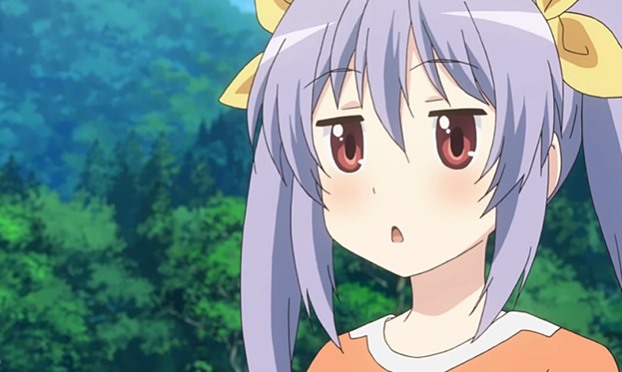 Again, with the husky voice but, oh my God, Renge.

She is the daughter I never had. The cute first grader you want to follow around just so you can watch all the funny things she does in her day. She’s the tiny little girl with the massive personality and the iron will.

The girl who has a mind of her own, and doesn’t mind you seeing it. The girl with the huge, violet pigtails, and the big eyes. The girl who is so precocious, you sometimes think you’re hearing a 30-year-old talk about life, until she shouts “Nyanpasu” and insists you say it back.

The apple of every Non Non Biyori character’s eye, and the girl who, out of an absolute bevvy of cute girls in that fabulous anime series, still draws all eyes to her in every scene. 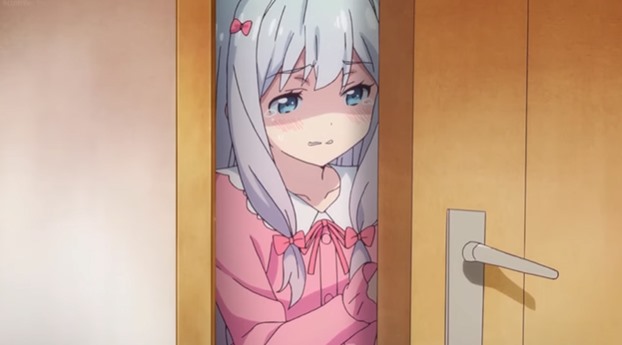 The painfully shy, shut-in little step-sister of protagonist Masamune, Sagiri is not only the most adorable silver-haired, blue-eyed girl in anime, she is also a talented artist who has thousands of fans.

Fans who have no idea she is the illustrator of her step-brother’s novels, or that it is the 13-year-old they are listening to when they watch her drawing livestreams.

Sagiri spends a huge part of her life in precious pink pajamas, locked in her room, playing video games and avoiding everyone, even her brother who lives in the same house.

A girl who is so stubborn, when Masamune doesn’t bring her any food, decides she will starve before she will go and get it herself.

A girl who speaks so quietly, she gets a microphone and a speaker to make sure she is heard.

A girl who might scream at you if you even look at her the wrong way, but also a girl who is so adorable you never want to see cry. 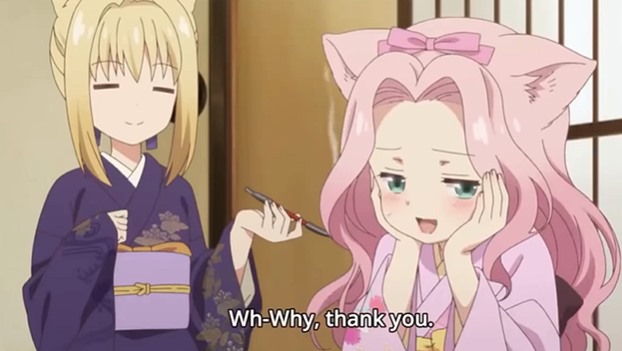 Oooooh, it is so hard to choose the cutest girl in Konohana Kitan, as every single fox spirit is the prettiest thing you have ever seen.

But, if push comes to shove, I have to go with green-eyed, pink-haired, pink-eared Ren because, out of all the girls, it is her love for beauty and for perfection that makes her so lovely.

But beware, that calmness, sweetness and elegance on the outside hides a girl who can be a volcano when pushed.

Except when it comes to Natsume, the person she is bonded to the most, as while she may scream and shout and throw things, she will quickly come around if Natsume asks her to.

Ren’s elegance and obsession with perfection is a sweet thing, but it’s her kind, generous and understanding personality that really draws you in.

Well, that and her pink hair, fluffy ears and impeccable way of dressing.

Being one of the biggest fans of The Seven Deadly Sins, I have to choose someone from that series as one of the cutest girls in all anime, or it would seem like sacrilege.

Easy, of course, as when it comes to cute anime girls, you don’t get much more adorable than Elaine.

Elaine, the Fairy Princess who starts out in the story sending Ban flying thousands of feet into the air time and time again, as she tries to protect the Fountain of Youth from his greedy grasp.

Soon, however, she is in love with Ban and, when his life is in danger, she dies to save him.

Luckily for Ban, and for us, Elaine is resurrected and has soon joined the other Deadly Sins in their efforts to save the world.

While a delicate fairy princess, Elaine has a will of steel and a sense of loyalty that cannot be destroyed. You can’t help but love a girl like that. 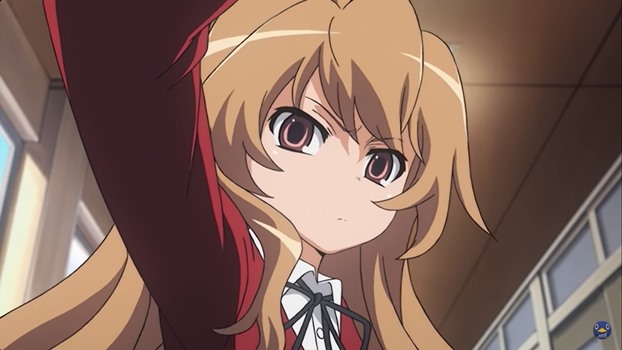 One of the most aggressive and most feared (and most admired) girls in school, Taiga Aisaka might look tiny and helpless, but she is anything but.

A whirlwind of energy and noise, Taiga is a girl that will punch you first and ask questions later.

But what Taiga is hiding is what makes you love her. Her fear that nobody ‘gets her’ and they never will.

Then she meets Ryuuji and, while she’s busy smacking him around, screaming at him, and pushing him away, it suddenly dawns on her, he ‘gets her’.

Taiga is my kind of girl. A screaming, raging, whirling dervish who, on the inside, just wants to be loved. 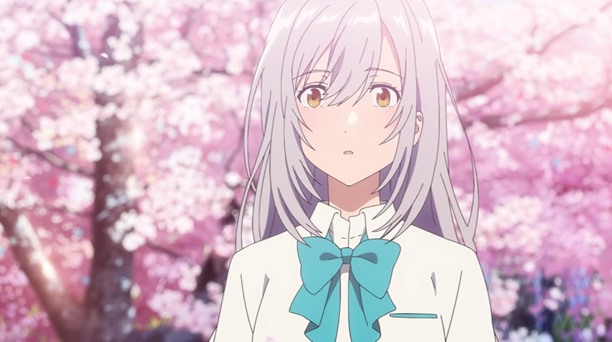 Hitomi, the girl who is losing her ability to see colors.

The girl who gets sent back into the past by her grandmother. There she meets  Yuito Aoi, a young artist who, every time she looks at his pictures, the colors she has missed for so long come flooding back.

But Hitomi is a tragic figure. Because, even though she eventually figures out why she was sent back to the past and what she needs to do to go back to the future where she belongs, when she does return it is only to lose all those friends she really loved.

Hitomi’s long silver hair and big amber eyes make you fall in love with her.

You stay in love with her because of her kind personality, her thoughtfulness and her strength, as she moves past the tragedy of leaving behind all those she loved and looks forward to a now-happy future. 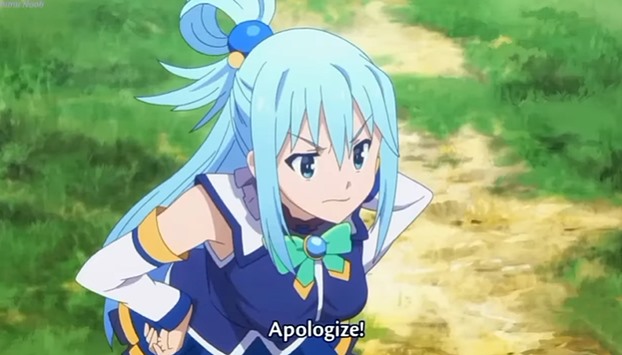 It’s impossible to have a cutest girls in anime list without including Aqua from KONOSUBA.

Sure, Aqua might be a gigantic pain in the rear, spoiled, whiny, over-confident, a coward and, yep, pretty useless half of the time, but that’s not her whole personality.

After all, you have to adore such a massive air-head, who enjoys a beer (or nine or 1o), who loves her friends and is always loyal, even as fast as she is screaming at them.

And, come on, there is nothing better than a stranded Goddess who pukes rainbows when she’s drunk, and who makes some of the world’s funniest faces when the sh*t hits the fan.

Aqua. One of the cutest girls in anime EVER. And, of course, the loudest.