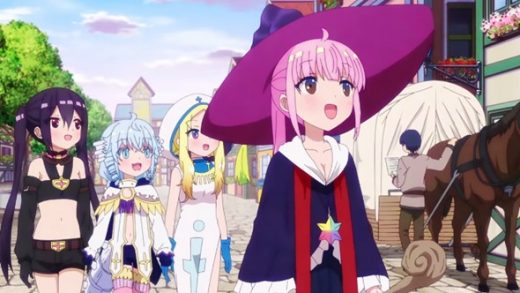 Let’s face it, when it comes to anime, one with a large number of lolis tends to be more popular than one without any. Especially when those lolis look absolutely adorable.

That’s why the just-released second RPG Real Estate trailer seems to suggest this upcoming fantasy anime series could be very popular, as the four lolis that run a real estate company in it are all so incredibly cute.


In fact, those lolis — Kotone Kazairo, Fa, Rufuria and Rakira — are some of the sweetest looking anime girls I’ve seen in a while.

They also live in a world that is just as beautifully drawn as the cute girls in it, making RPG Real Estate look like it could be a real feast for the eyes. (Sorry, but this type of art style really floats my boat on so many levels!)

The second RPG Real Estate trailer also announces an April 6th premiere date, as well as a number of new staff members, and a quick preview of the anime’s OP ‘Make Up Life!‘

The RPG Real Estate anime (aka RPG Fudōsan) is based on the manga series by Chiyo Kenmotsu, and is directed by Tomoaki Koshida (The Helpful Fox Senko-san).

Now, watch the second RPG Real Estate trailer below, look at that lovely art style, and then tell me those girls aren’t the cutest of the cute!!