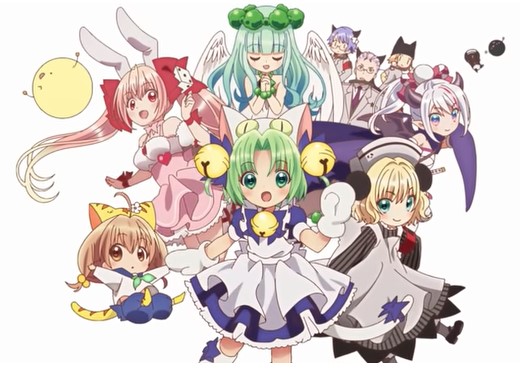 Three new and absolutely adorable Reiwa no Di Gi Charat key visuals were released this weekend, along with the anime’s opening movie.

The visuals and the movie featured all of our favorite characters, making the upcoming anime something to definitely look forward to.

The anime is being produced to help celebrate the franchise’s 24th anniversary.

Reiwa no Di Gi Charat will premiere some time in the Fall, 2022 anime season, and will be directed by Hiroaki Sakurai at Liden Films.

Sakurai, while he is also known as the director of The Demon Girl Next Door and The Disastrous Life of Saiki K among many others, also directed the original Di Gi Charat series.

Atsuko Watanabe (Hanayamata) will be the anime’s character designer, and will be creating characters based on mangaka Koge-Donbo’s original work.

Yep, all looking as cute and adorable as we remember them being.

Then watch the anime’s fun opening movie below.

The song featured on it is the Reiwa no Di Gi Charat opening theme song — ‘Aimaisa, Koufukuron’ (aka Ambiguity, Eudaemonics) performed by Mamasi Okui.