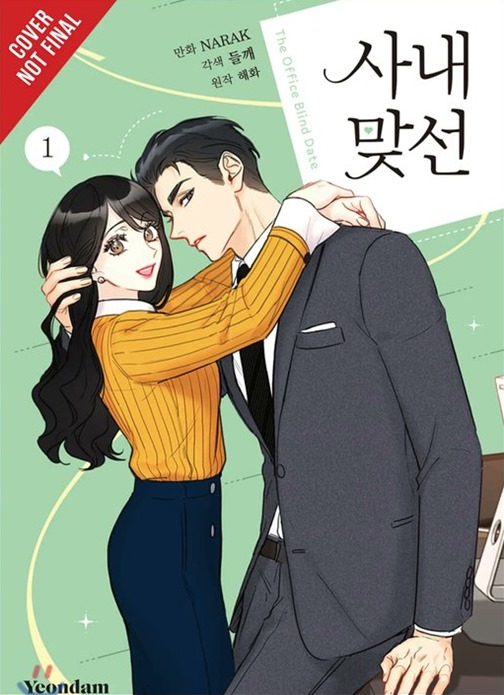 Just in case you missed Yen Press’s announcement of upcoming manwha last week, I wanted to give you a nudge about A Business Proposal — a Korean webtoon that spawned the hit K-drama of the same name starring Ahn Hyo-seop, Kim Se-jeong, Kim Min-kyu, and Seol In-ah.

It is a webtoon that is now on Yen Press’s roster of manwha/webtoon/manga being published in physical and digital copies in the next few months, and a very welcome addition to the English-language webtoon market as far as I am concerned.


After all, A Business Proposal was not only one of my favorite K-dramas this year, the webtoon itself is also a fabulous read.

Funny, charming, with the most gorgeous ikemen for male characters, and incredibly cute female characters, as well as a story that makes fun of the cliches of the rom com genre, it is a fast, fabulous and very satisfying read.

Yes, the drama series sticks closely to the webtoon but, if you enjoyed the story as much as I did, it’s incredibly fun to experience it again. This time in reading form that comes with ridiculously pretty art.

A Business Proposal is written by HaeHwa and illustrated by Narak, and is over 100 chapters of pure romance and fun.

Yen Press describes the plot of the Korean rom-com like this:

After being worked to the bone at her office job, getting introduced to her longtime crush’s new girlfriend, and dealing with her family’s debt hanging over her head, Shin Ha Ri’s life seems to have hit rock bottom. Luckily, her friend Jin Young Seo has a business proposal for her: go to an arranged date in her stead and Ha Ri will receive a hefty compensation.

Things grow complicated, however, when it turns out that the other party is Ha Ri’s new CEO—and, no matter what happens, he is determined to marry whoever shows up to the date!

No official word yet on when A Business Proposal will be out via Yen Press, but keep checking over there as this one is definitely worth a fast buy.

Meanwhile, the drama adaptation is streaming on Netflix.