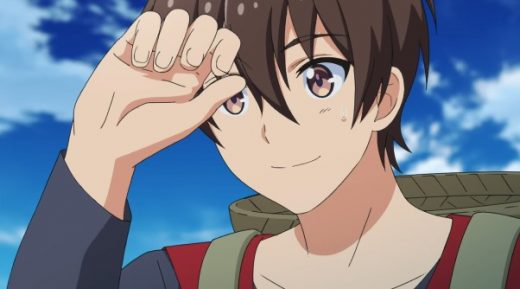 Nōmin Kanren no Skill Bakka Agetetara Nazeka Tsuyoku Natta (aka I’ve Somehow Gotten Stronger When I Improved My Farm-Related Skills) is based on the popular light novel series written by Shobonnu and illustrated by Sogawa.

The anime tells the story of Al Wayne, a young man who decides to max out his farm-related skills so that he can become the king of farmers.

While all this is all well and good, unfortunately for Al, on the day he masters those skills, his life moves away from farming and in a completely new direction.

Enoki, of course, is known for his voice performances as Shion Kiba in Cardfight!! Vanguard G, Takeru Takaishi in the Digimon Adventure tri: series of movies, Yūji Itadori in Jujutsu Kaisen, and Nasa Yuzaki in TONIKAWA: Over the Moon for You among many other anime roles.

As his career continues to skyrocket, Enoki’s role as Al Wayne will also be one of more than 7 main roles the voice actor has been awarded in 2022 so far.

Along with the announcement of Junya Enoki grabbing Nōmin Kanren no Skill Bakka Agetetara Nazeka Tsuyoku Natta‘s main role, a new key visual was released along with a teaser trailer. (see below)

An October premiere date for the anime was also given.

Now watch the just released Nōmin Kanren no Skill Bakka Agetetara Nazeka Tsuyoku Natta teaser trailer below featuring the voice of Junya Enoki, and you will quickly hear why his voice acting career seems to have been in overdrive of late.