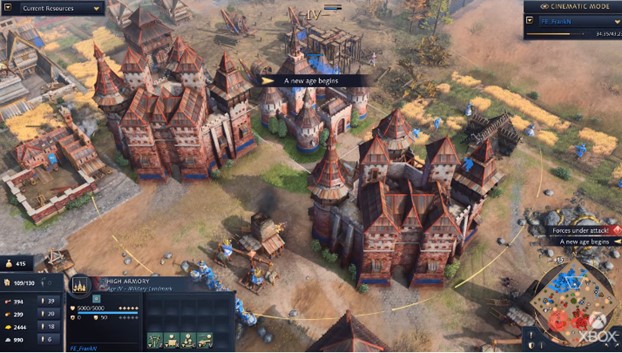 The development team for the upcoming real-time strategy game Age of Empires IV has been carrying out the game’s second open stress test today.

Along with it, developer Relic Entertainment has released a video of a full match between the Rus and the Holy Roman Empire. A map that shows off the fun you’ll experience in the game perfectly.


A game that, I’ve got to say, is top of my list to grab as soon as it comes out on October 28th.

The Rus versus the Holy Roman Empire match is a one-versus-one show match played on the Arabia map, and was recorded so the devs can showcase each civilization’s strengths and weaknesses, the technologies and resources they have at their disposal, the specific units unique to each civilization and, of course, the tactics they use in an effort to defeat the other.

For instance, the Rus are superb hunters and excellent with cavalry, so they get access to mounted units much faster than other civilizations.

The Holy Roman Empire, on the other hand, focuses on religion and defense, and are the only civilization that can build a religious unit directly from their town center. They can also carry 40% more resources than other civs.

Gameplay in the Age of Empires IV the Rus vs the Holy Roman Empire match is fast and with, loads of different ways to strategize a game, looks like a helluva lot of fun.

Age of Empires 4 launches on October 28th for PC and Xbox.

You’ll then be able to play your own the Rus vs the Holy Roman Empire match, along with other matches against the English, the Chinese, the French, the Delhi Sultanate, the Mongols and the Abbassid Dynasty.

Until then watch Age of Empires 4‘s the Rus vs the Holy Roman Empire match in the devs’ video below.