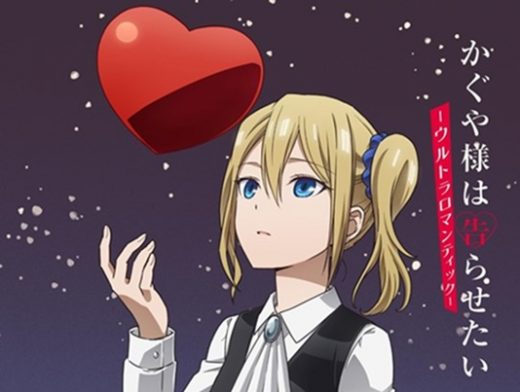 If you have been waiting for the opportunity to show KAGUYA-SAMA’s Ai Hayasaka a bit more love, looks like she has beaten you to the post.

At least in the new KAGUYA-SAMA Season 3 key visual out today.


A visual that features an extremely pretty Ai Hayaska sending a heart into the air. (See below)

Of course, that heart is on its way to you, right?

The latest KAGUYA-SAMA Season 3 key visual is another quick promotion piece for the anime’s upcoming new season — Kaguya-sama: Love Is War: Ultra Romantic — and follows on from Ai’s Christmas visual. 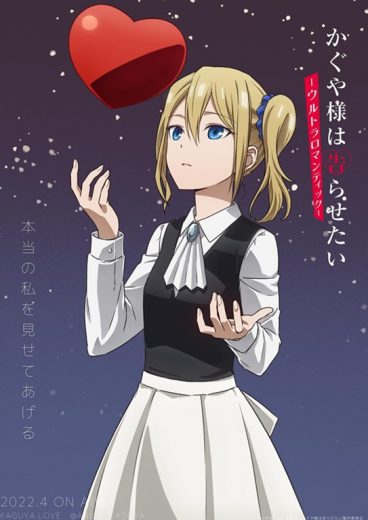 Kaguya-sama: Love Is War: Ultra Romantic, the third season of the hit slice of life romantic comedy anime, will be out in April.

It will follow on from where we left Kaguya, Miyuki, and Yu — playing that crazy balloon game, eh?

KAGUYA-SAMA: Love is War is based on the popular manga series by Aka Akasaka.

Shinichi Omata is back to direct Season 3 of the anime series, along with the original cast members.

A 10-minute long ‘teaser trailer’ was released a few months ago to remind you just why you love this funny show so much.