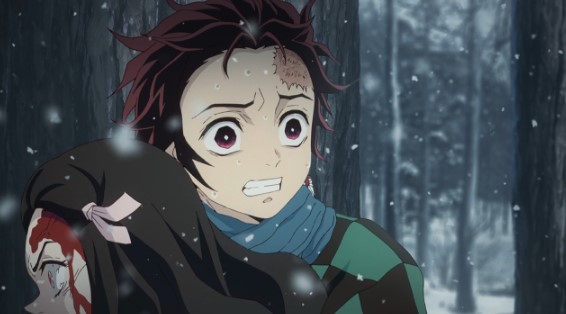 As an anime fan, one thing that has always pissed me off about the rampant consumerism of the genre is how much Aniplex USA likes to charge anime fans when it comes to their prices for one season of a popular anime on Blu-ray or DVD.

In fact, so high are the prices Aniplex charges for limited edition Blu-ray or DVD sets, I make a point of never buying from them.

Not when their prices are always so much higher than what I can pay online a few months later for a standard Blu-ray or DVD set imported from the UK or somewhere in Asia.

That good decision was solidified a couple of weeks ago when I read this Crunchyroll article about the price Aniplex will be charging for the Demon Slayer Vol 1. Limited Edition Blu-ray set.

In other words, a total of a few cents shy of $320 for the entire first season of Demon Slayer.

Does “Kiss my ass, Aniplex” help my point come across any clearer?

$320 for two half season sets that come with a few extra bits like soundtrack CDs, a card set and a little booklet. The Blu-ray disk also includes audio commentary.

For these paltry extras most people will only look at once and a ‘special box’ (big whoop!), which cost hardly anything to manufacture, Aniplex is charging anime fans over $200 above the price of a typical limited edition complete season Blu-ray.

This for the ‘privilege’ of owning a Demon Slayer Season 1 Limited Edition Blu-ray. 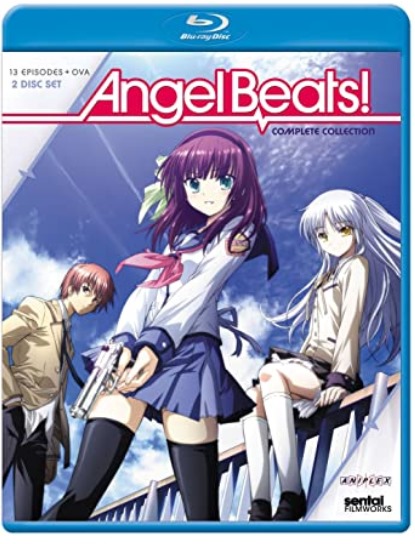 On top of that, to make sure they can keep a tight grip on the market (it’s greed and nothing else), over the last couple of years Aniplex has been quietly reverting licenses to publish and distribute anime once given to other companies back to themselves.

That means anime series like Angel Beats!, Fullmetal Alchemist and Black Butler could eventually be out of print and impossible to buy on either Blu-ray or DVD, as nobody other than Aniplex can legally release them.

That is until Aniplex releases their next round of the-cost-of-a-car-payment ‘limited edition’ anime seasons. Blech!

While at the same time making it impossible for most anime fans to ever be able to afford a fraction of the anime series they would buy on Blu-ray or DVD if they were actually sold at an affordable price.

In my opinion, it is the height of arrogance and stupidity on the part of Aniplex, as well as a complete disregard for the fans that help keep the industry going.

But, of course, a huge help to the bootleg anime DVD and Blu-ray industry who would sell only a fraction of what they sell if anime fans could afford the real deal. Particularly as the real deal production quality is much higher than any bootleg anime discs you can buy.

In other words, Aniplex is helping the people damaging its business.

I’d say that’s a special kind of stupid, wouldn’t you?

Of course, many years ago when movies were first being released on DVD, prices were so high few people bought many of them.

When Hollywood movie executives realized they were ignoring hundreds of millions of people that would buy movies on DVD or Blu-ray if they weren’t the price of gas for your car for the month the price structure was changed.

That is why nowadays, if you want to buy a movie on DVD or Blu-ray, you only have to wait a few weeks or months until the price drops to below $15 and then most movie fans can easily afford to add the authorized copy to their movie library.

Even at these low prices, the movie industry still makes billions of dollars a year. Yes, billions.

Sadly, it seems Aniplex is still too arrogant and too greedy to follow in the footsteps of the movie industry, which is why most of the series they have licenses for stay too expensive for the average anime fan to purchase.

That is, unless you decide to ignore the legitimate avenue for purchase and do what millions of anime fans do every year instead — head to a popular bootleg anime DVD and Blu-ray site and purchase from there instead.

And no, buying bootleg anime DVD and Blu-ray does not help the anime industry or the artists that work in it. Not at all.

Then again, neither does it help Aniplex and its annual revenue.

A revenue that could be much much higher if the company decided to stop being greedy and think about anime fans, the people who work in the anime industry and its own best interests instead.

But…am I holding my breath until Aniplex realizes how much money they are passing up every year by operating with nothing but greed in mind?

Where you can buy affordable anime DVDs and Blu-ray

Meanwhile, if you do want to buy affordable anime series on DVD or Blu-ray legitimately, avoid Aniplex and head to Sentai Filmworks where you will always find more affordable prices on hundreds of both premium and standard sets, Amazon (both U.S. and often even cheaper Amazon UK), or any number of Asian sites, including some in Japan.

I just bought NINE seasons of various anime series on DVD for the low low price of just $50 during Sentai Filmworks’ most recent sale. Yes, nine seasons which, if I had spent the same amount of money at Aniplex would not have even allowed me to buy one sixth of the first season of Demon Slayer in its Limited Edition form on Blu-ray.

Of course, if you want to keep Aniplex in business exactly as it runs now, and pay ridiculously expensive prices for the rest of  your life, feel free to buy from them.

Thanks, but my parents didn’t bring up a stupid person.