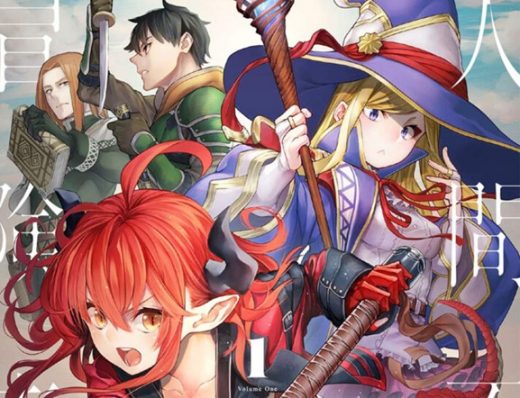 One of the manga series I have been interested in reading a licensed English language version of is Apparently, Disillusioned Adventurers Will Save the World (aka 人間不信の冒険者たちが世界を救うようです, Ningen Fushin no Bōkensha-tachi ga Sekai o Sukuu Yō Desu).

According to an announcement from Yen Press this week, I won’t have to wait much longer (Yay!), as they have just grabbed the publishing rights for the fantasy manga series.


Based on the light novel series written by Shinta Fuji and illustrated by Susumu Kuroi, Apparently, Disillusioned Adventurers Will Save the World tells the story of Nick, an adventurer, whose party leader kicks him out.

This causes his money-grabbing girlfriend to break up with him, and his former party members to accuse him of stealing their funds.

In other words, when you trust the wrong people, your entire life falling apart in just a few minutes is a thing.

Soon, attempting to drink himself into oblivion, Nick comes across a trio of like-minded individuals who are just as sick of humanity and all their evils as he is.

Before long, the four are not only off adventuring together, and kicking some major ass, but there’s a good chance they could actually save the world too.

Now, I don’t know a huge amount about the Apparently, Disillusioned Adventurers Will Save the World manga, except for the couple of chapters in Japanese I thumbed through at a friend’s house recently.

I do know, though, the manga features clean and quite beautiful art, interesting characters once Nick dumps the losers he first works with, and a damned good adventure story that has you quickly turning the pages.

If that sounds like your sort of thing, and it’s definitely mine, mark your calendars as Apparently, Disillusioned Adventurers Will Save the World Volume 1 is due out on December 13th via Yen Press in both Trade Paperback and Digital.