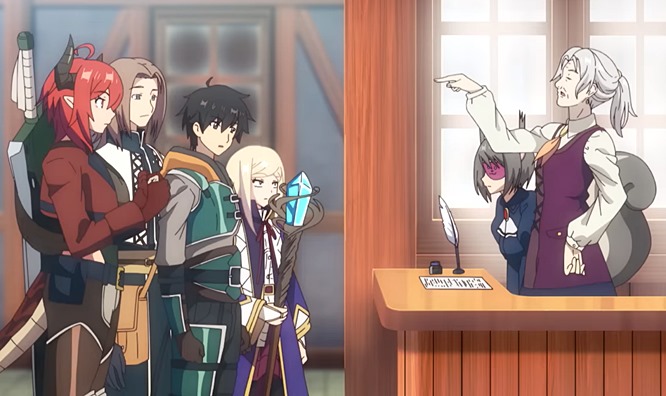 Oh, I have been looking forward to the upcoming Apparently, Disillusioned Adventurers Will Save the World anime ever since it was announced Yen Press was publishing the English-language manga series back in July, (with Volume 1 coming out on December 13th, by the way).

With today’s release of the second Apparently, Disillusioned Adventurers Will Save the World trailer, I am even more excited as it looks like the four adventurers protagonist Nick teams up with are interesting and cool, and a pretty messed up, pissed off bunch too, if the truth be told.


Along with today’s Apparently, Disillusioned Adventurers Will Save the World trailer, we also got a cute key visual featuring Nick and his new party members — Curran, Tiana, Zem and Kizuna (up on the washing line) — looking for a quest to head out on. 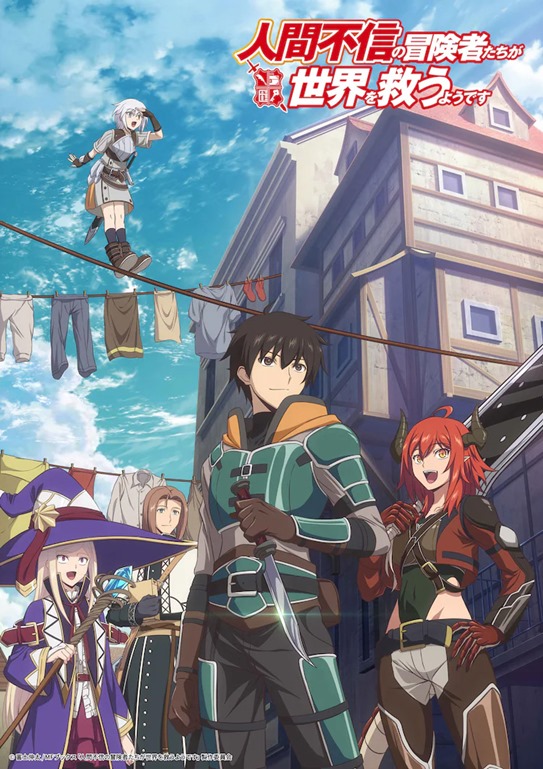 The anime series is being directed by Itsuki Imazaki (Hensuki: Are you willing to Fall in Love with a Pervert, as long as she’s a Cutie?) who doesn’t have a stellar track record for his often low-rated work but, if the trailer is anything to go by, may have done a decent job here?

He is also responsible for series composition.

The Apparently, Disillusioned Adventurers Will Save the World anime is based on the light novels by Shinta Fuji and Susumu Kuroi.

Manga publisher Yen Press has this to say about the plot:

Veteran adventurer Nick’s life is falling apart. Despite all the knowledge and expertise he’s devoted to his adventuring party, his respected leader kicked him out, his girlfriend dumped him, and his teammates shamelessly accused him of embezzlement. Tired, heartbroken, and looking for a drink, Nick chances upon a few kindred spirits who are jaded as he is.

Together, these disillusioned adventurers form an unstoppable team out to save their bleak, depressing world!

Watch the second  Apparently, Disillusioned Adventurers Will Save the World trailer below. The anime itself is premiering on January 10th, 2023.

And yep, it’s on my Must Watch list, as I am an absolute sucker for a good underdogs story, and this one might just be it.