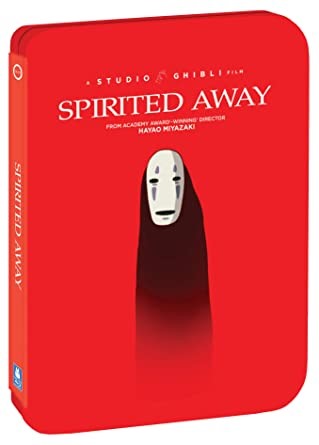 I am always amazed when I see anime steelbooks for Blu-ray releases being sold on most websites.

Especially when I compare the price of an anime steelbook release to a regular release on Blu-ray or DVD, as they are sometimes double the price.


All because the disc is in a steel cover instead of one made out of plastic.

That’s why I have asked for a long time, are anime Blu-ray steelbooks worth the price and, if not, why not?

Are anime steelbooks worth the price?

First of all, let me stress, while I do own several hundred anime films and TV series on Blu-ray and DVD, I do not own a single one in a steelbook release.

After all, I buy many of my anime releases on DVD and Blu-ray during sales. I also don’t spend ridiculous amounts of money on a physical release of an anime. No matter how much I would love to own one.

That is why, while I am probably not the best person to answer the question are anime steelbooks worth the price, if the answer should come from someone who owns them, I am the best person when it comes to considering the best bang for your buck.

And a steelbook release is not that.

So no, an anime steelbook is not worth the price most of them sell for when they are first released.

Why are anime steelbooks not worth the price?

A steel case is no more durable than a plastic case

Fans who think a steelbook is a better buy than a regular Blu-ray release will insist a disc in a steelbook is better protected when, in reality, it really is not.

After all, in over 30 years of owning several thousand discs in a typical plastic case, I have never had a single disc become damaged, and I will wager a guess you have not either.

A steelbook also easily dents and scratches, where a plastic case doesn’t, so they usually need to be handled with even more care.

Remember too, if an anime steelbook becomes damaged, you cannot replace it and must rebuy the entire product including the disc.

Steelbooks can also rust if they are kept in a place with high humidity, or get wet.

If a plastic case is damaged, however, you can just remove the disc and its slip cover and put both in a new plastic case instead.

If you are expecting a superior quality video on a disc from a steelbook purchase then, you will be sorely disappointed.

No extra special features on an anime steelbook release

Look at the list on the graphic above for the ‘Limited Edition Steelbook Release of Spirited Away’. It features the exact same special features as the regular Blu-ray release.

In other words, by buying an anime film or TV series in a steelbook case, you do not receive any more extras at all in most cases, except for getting a thin steel case instead of a thicker plastic one.

Yet the regular Blu-ray release is almost $20 cheaper.

Steelbooks are “limited edition” — (whatever)

Most anime steelbooks are limited editions, in that only a set number of copies are manufactured.

But, as they are nowhere near as popular as manufacturers would like you to think they are, you can usually find copies of a steelbook months or even years after its initial release, as the number of copies manufactured are still not sold out.

Besides, when I think of “limited edition” anything, I think of something that comes with a lot of extras, and not the same release as the Blu-ray except in a thinner case made from steel. 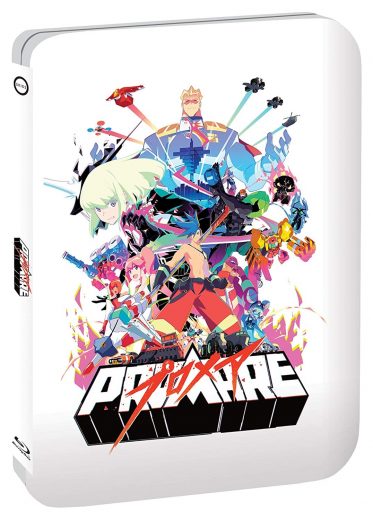 Artwork on a steelbook is unique and eye-catching

One reason fans of steelbooks say they buy them is due to the artwork on the cover being unique and eye-catching and, in many cases, yes, it is.

But, unless you plan on displaying that steelbook with the front cover facing out, instead of in a bookcase with only the spine showing, it really is a gigantic waste of money.

Especially considering you will have spent $20-40 more simply for the artwork alone.

Remember too, a regular Blu-ray or DVD release will feature the film or TV series’ original artwork, whereas the steelbook release features unique artwork created specifically for the steelbook.

If you prefer the original artwork, then a Blu-ray or DVD release is a necessity.

So, are anime steelbooks worth the price?

Honestly, only if you have a lot of money to spend on physical releases, or are planning on displaying the covers on a wall or in a bookcase. Or if you can buy a steelbook release at a big reduction in price, and don’t care if the case may become damaged.

If not, a regular Blu-ray or DVD release is usually a much better deal. Particularly as you can usually buy two of them for the price of one anime steelbook release.