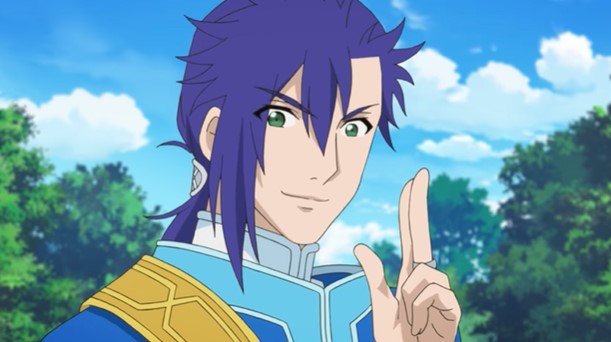 While the just released Ascendance of a Bookworm Season 3 trailer doesn’t give us much of a clue about what will happen in the upcoming new season, it does introduce the new character Sylvester (see above) — an archnoble who is being played by Kazuhiko Inoue (Naruto).

Other than that, most of the trailer is just a quick rehash of the first two seasons, so that you don’t forget what has already happened in Myne’s life before delving into the third.

Ascendance of a Bookworm Season 3 will be premiering in the Spring, 2022 season, and will be streaming on Crunchyroll outside Japan, just like the first two seasons of the anime series. 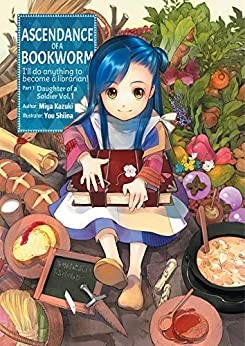 The anime is based on the light novel series written by Miya Kazukiand illustrated by Yu Shiina. The series is published by ‎J-Novel Club who has this to say about the plot:

A certain college girl who’s loved books ever since she was a little girl dies in an accident and is reborn in another world she knows nothing about. She is now Myne, the sickly five-year-old daughter of a poor soldier. To make things worse, the world she’s been reborn in has a very low literacy rate and books mostly don’t exist. She’d have to pay an enormous amount of money to buy one.

Myne resolves herself: If there aren’t any books, she’ll just have to make them! Her goal is to become a librarian. This story begins with her quest to make books so she can live surrounded by them! Dive into this biblio-fantasy written for book lovers and bookworms!

Ascendance of a Bookworm Season 3 is directed by Mitsuru Hongo (Crayon Shin-chan, World Trigger), with Mariko Kunisawa (The case files of Jeweler Richard) in charge of series composition, and character designs by Yoshiaki Yanagida (Genshiken) and Toshihisa Kaiya (World Trigger).

Watch the just released Ascendance of a Bookworm Season 3 trailer below and, yep, I like Sylvester’s cute character design. A lot.