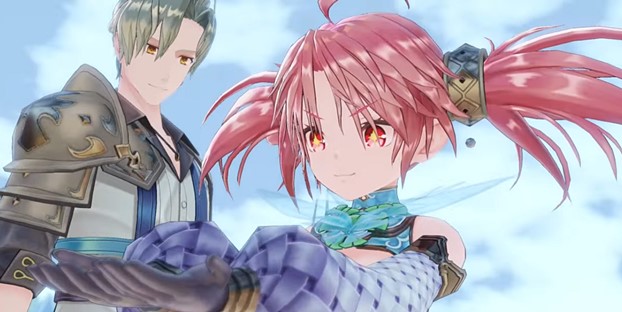 The upcoming RPG Atelier Sophie 2: The Alchemist of the Mysterious Dream is due out in February next year, and Koei Tecmo and Gust are making sure we don’t forget that.

Today, they dropped an Alette Claretie character video that, while short in length, makes up for it by beautifully showing off Alette’s big personality.

Yep, she might be short in stature, but boy is her personality larger than life.

Koei Tecom has this to say about the lovely Alette, a new character in the Atelier world, and her connection to Sophie:

Sophie’s unexpected new adventure finds her unconscious in a mystifying, dream-like world known as Erde Wiege, where she is saved by an unfamiliar face. The hero of the day is named Alette Claretie, who dreams of one day finding treasure that can only be found in Erde Wiege. She’s a procurer who sells things she finds throughout town, but is also known for being reckless and wild.

Alette helps Sophie explore this new world, setting out on a quest to find Sophie’s friend Plachta, who appears to be missing.

Alette Claretie is voiced by the fabulous Japanese voice actress Aoi Yuki (Diane in the Seven Deadly Sins), and looks like she could be one of the coolest characters yet in the Atelier world.

Related: Don’t miss the Plachta character trailer — the alchemist is back in Atelier Sophie 2: The Alchemist of the Mysterious Dream

Atelier Sophie 2: The Alchemist of the Mysterious Dream will be released on PlayStation 4, Nintendo Switch, and PC in Japan on February 24, 2022.

The rest of the world gets the game the day after.