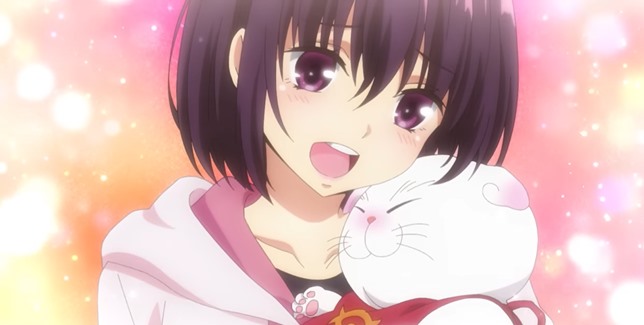 As the insanity over a Covid 19 continues in some areas of Asia, much of Japan still seems to be stuck in the long-over-in-the-west hysteria over the virus with several anime studios using the Covid 19 excuse to postpone episodes of various ongoing series this season.

Strange indeed, as the Covid virus is now no more dangerous than a common cold for over 99% of people that contract it.

Studio CONNECT, who apparently is still living in 2020, said on the anime’s Twitter account the delay is “due to the spread of Covid”, so they have decided to “postpone the broadcast and distribution from episode 5 onwards”.

That means, not only has Ayakashi Triangle Episode 5 been postponed, but it appears the Japanese anime studio has no idea when production will resume, or when future episodes of the anime will air either.

Episodes three and four will still premiere on January 23rd (today) and January 30th but then, instead of new episodes, the first four episodes will be rebroadcast in coming weeks.

In other words, if you have not started watching Ayakashi Triangle yet, don’t bother, as you might as well wait until the anime is back in production.

Especially as it seems it may not resume production for quite a while.

Not if the postponment of the first Blu-ray volume to a much later date is anything to go by, as that release has now been postponed from March 29th to September 27th.

And that is a pity because, as far as action comedy anime go this season, Ayakashi Triangle is one of my favorites.

The anime is based on the manga by Kentaro Yabuki, and is being directed by Noriaki Akitaya (Bakuman). Crunchyroll is streaming it as it airs in Japan, which means they are probably not that thrilled either.