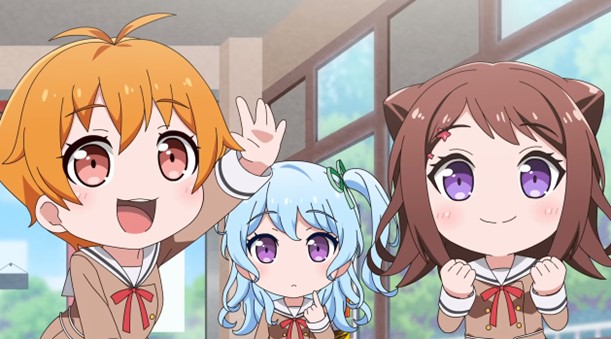 The official website for the upcoming BanG Dream! Girls Band Party!☆Pico Fever! mini-anime series has uploaded a new promotional trailer, and a visual showing all if its adorably cute chibi-style girls.

And man, even in just a 16-second promotional trailer, it’s nice to be reminded of just how cute these chibi girls are.

Fever! is the third season of the PICO series from the franchise BanG Dream!, and will premiere on October 7th, 2021.

The show features the same funny, sweet, crazy, sometimes scary characters we love in the Girls Band Party! smartphone game, but as their chibi-style counterparts instead.

The story of BanG Dream! Girls Band Party!☆Pico Fever! takes place in the ‘CiRCLE’ Livehouse, a place where the Garupa girls go to record and perform, and is full of silliness and laughs as the bands all attempt to outdo each other.

It follows on from the extremely highly-rated Seasons 1 and 2, which aired for a total of 52 episodes on YouTube, with the last one hitting the video platform late last year.

If you haven’t watched the first two seasons of the series yet, all of the 3-minute episodes are available on the BanG Dream Girls Band Party! official YouTube channel with English subtitles.

You’ll find the playlists for both seasons here.

Then watch the BanG Dream! Girls Band Party!☆Pico Fever! trailer below, and get psyched for Season 3. As, if you’ve had a bad day and just want something silly and fun to watch, these girl bands provide that in spades as they really are hilarious.