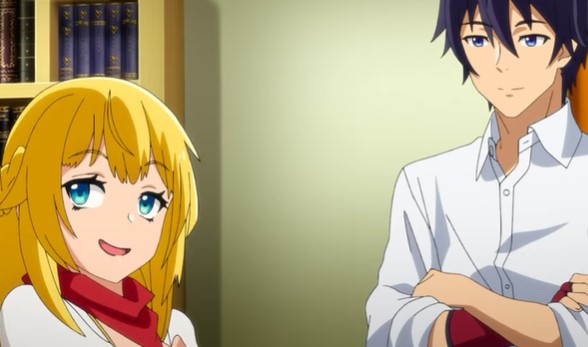 The upcoming anime series Banished from the Heroes’ Party, I Decided to Live a Quiet Life in the Countryside continues to look intriguing as a short trailer for the first episode was released earlier today.

The trailer previews the ending theme song — ‘Minna Onaji‘ by math rock band JYOCHO, as well as shows a few scenes featuring Red, our banished hero, and Rit, a beautiful adventurer from his past who, it would seem, has more than just a bit of a crush on him.


Banished from the Heroes’ Party is being directed by Makoto Hoshino (Uta no Prince Sama Revolutions), with series composition by Megumi Shimizu (My Next Life as a Villainess: All Routes Lead to Doom!), and characters designed by Ruriko Watanabe (Dame x Prince Anime Caravan).

The anime will begin streaming on Funimation on October 6th.

Until then, watch the just released Banished from the Heroes’ Party trailer as Red (played by Ryouta Suzuki) and Rit (voiced by Kanon Takao) flirt with each other, and listen to a snippet of JYOCHO‘s theme song ‘Minna Onaji‘ down below.

Now doesn’t the relationship between the two of them look cute beyond belief?