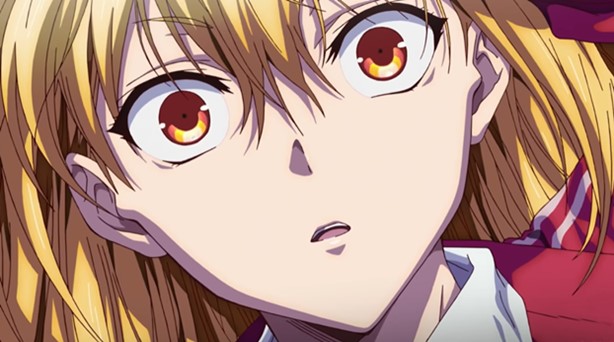 The upcoming Battle in 5 Seconds After Meeting anime series got its first key visual today, along with a short first trailer, which makes it look like the anime could be incredibly exciting.


The Battle in 5 Seconds After Meeting key visual is dark, with the series’ main characters wrapped in chains and protagonist Akira appearing to show off his main skills.

The trailer features a few short scenes from the series, and does a great job of showing off the excitement of the upcoming series as the characters ready for battle.

Battle in 5 Seconds After Meeting is based on the manga series written by Miyako Kashiwa and illustrated by Saiza Harawata.

The anime is being directed by Nobuyoshi Arai (Banana Fish episode director), with series composition by Touko Machida (Happy Sugar Life) and character design by both Tomokatsu Nagasaku (Show By Rock!! Stars!!) and Ikuo Yamakado (Animation Director for Tegamibachi).

Akari Kito will also be performing the Battle in 5 Seconds After Meeting opening theme song ‘No Continue‘.

The new anime series Battle Game in 5 Seconds After Meeting will premiere in Japan on July 12th, and is expected to be streamed in the west on the same day.

Watch the just released first Battle Game in 5 Seconds trailer below, and check out that awesome key visual above.

Yep, this one is going on my list to definitely check out.