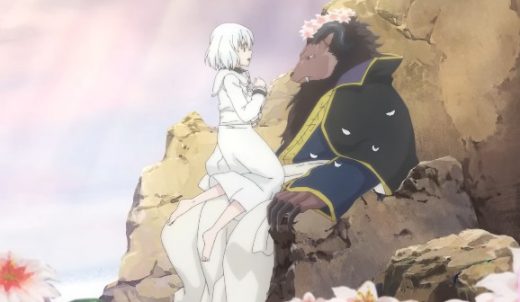 The upcoming Sacrificial Princess and the King of Beasts anime series got a new key visual, teaser trailer, and announcements of cast members and main staff yesterday.


Four members of The Sacrificial Princess and the King of Beasts cast were also announced.

They are Chiaki Kon (Junjou Romantica and Sekaiichi Hatsukoi), Seishi Minakami (A Certain Scientific Railgun) who is in charge of series composition, with Shinya Hasegawa (Golden Time) designing characters.

J.C. Staff is in charge of animation production, with PONY CANYON as producing the anime’s music.

The upcoming anime is based on the The Sacrificial Princess and the King of Beasts manga series by Yū Tomofuji.

The manga has 15 volumes out in both Japanese and English, with Yen Press publishing the English language versions.

Yen Press has this to say about the manga:

A young girl has resigned herself to being he next sacrificial meal for the Beast King…but the king is no mere monster! Love is more than skin-deep in this gorgeous fantasy manga.

The Sacrificial Princess and the King of Beasts anime will premiere some time in 2023.

Watch the short teaser trailer below, and listen to some of the soundtrack music on it. Because doesn’t that sound dramatic?!!