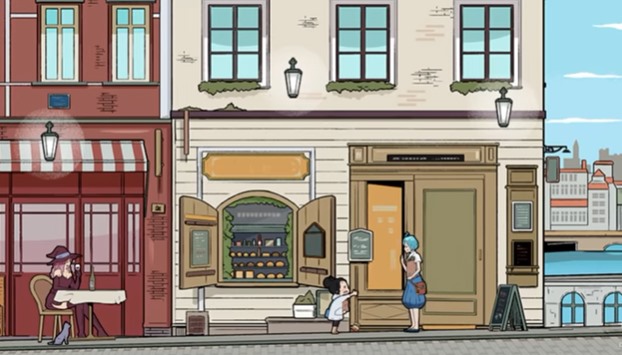 It is just me, or is the Black Clover Ending 11 animation just the most beautiful thing?

Showing as it does every Black Bull Squad character and then, in a very short side-scrolling animation (less than 1 minute 30 seconds ), illustrating just what makes each of them so special.

From Noelle acting like the royalty she is and manicuring her feet, to Vanessa drinking wine outside a cafe, Charmy desperate to show Yuno how much she loves him, and Grey turning into Yuno.

It even features the Crimson Lion King’s Mereoleona shooting fire at an annoying rabbit, and the Blue Rose Knights’ ‘Prickly Briar Queen’ Charlotte being pampered by her ‘Sis’ Sol.

And, yes, I am late to the party when it comes to Black Clover.

A  shounen series that has 170 episodes, and one I just started watching last month. (Come on, there are nine million five hundred and seventy five thousand anime series, you can’t expect me to have watched all of them!!) 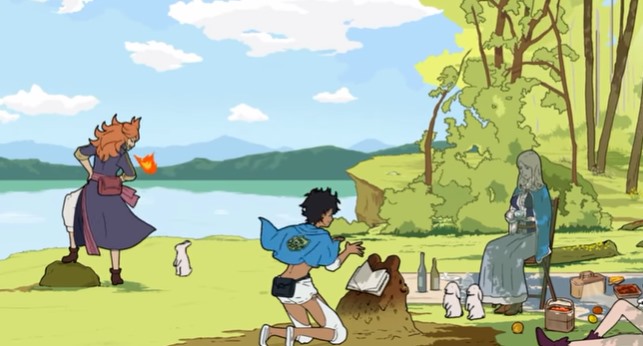 Now 130 episodes in, I am completely besotted with the Black Clover Ending 11 animation and, of course, the song that plays along with it.

That song is Japanese virtual singer KAF’s ‘Answer‘, a gorgeously dreamy song that fits so perfectly with the Black Clover Ending 11 animation as it shows, while the Black Bulls Squad might be just about as crazy a people as they come, deep down all of them are just children that want to be loved.

Watch the Black Clover Ending 11 animation below. It really is perfection in just over a minute.

You can also hear a full-length version of KAF’s ‘Answer‘ in her official music video, and on the Spotify player down there too because, man, that is a bloody gorgeous song.

Every episode of the entire series of Black Clover is streaming on Crunchyroll.