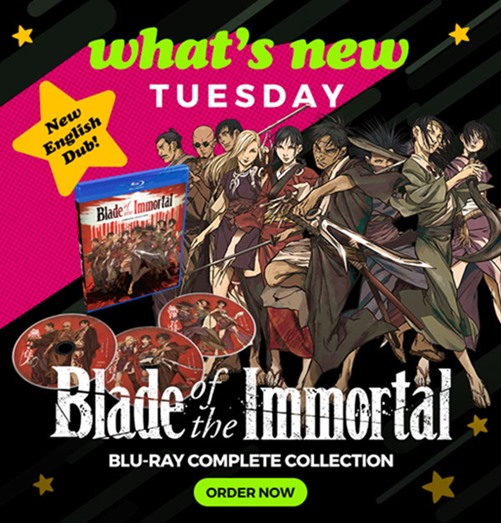 The popular seinen anime series Blade of the Immortal Complete Collection Blu-ray has been released at Sentai Filmworks today. The series comes with all 24 episodes, and finally has the English dub fans have been waiting for. Yay!

The Blade of the Immortal Complete Collection is not the slightly out-of-focus version of the anime that was released in 2008 either.


Instead, the Blu-ray features the 2019 version of the series directed by Hiroshi Hamasaki, animated by Liden Films and released on Amazon Prime Video.

The artwork is crisp and gorgeous, Hiroshi Hamasaki’s direction is superb, the writing (especially for our wisecracking samurai) is excellent and the music illustrates the subject matter so well.

If you enjoy a well-made historical anime series, with a helluva lot of action, blood, gore and, yep, martial arts, this one is definitely an anime to pick up. 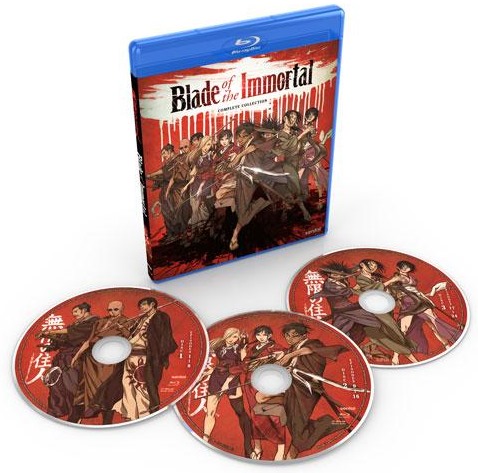 The blurb for the plot of the Blade of the Immortal Complete Collection Blu-ray says this:

Damned to wander the Earth in an endless cycle of carnage and murder, the fallen samurai known as Manji seeks the chance to win back his mortality. To do so, he must first balance the deaths weighing against him by slaying 1000 evil souls, a task that would take even the greatest warriors a lifetime. Manji, however, has all the time in the world to kill, and his lonely quest leaves a trail of bloody bodies in his wake… until his path crosses with that of Rin, who has sworn vengeance against the murderers of her family and school, even though the cost will almost certainly be her own life. Now, the girl who chases death has an unkillable sword master at her side, and the men she seeks will soon learn to fear the BLADE OF THE IMMORTAL!

The Blade of the Immortal Complete Collection on Blu-ray is available to order on Sentai Filmworks now.