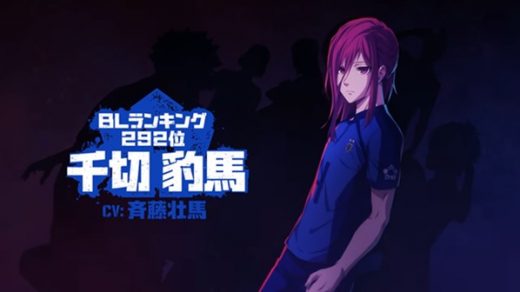 The just released Chigiri Hyoma character trailer introduces the long-haired forward as he talks about his hesitation in giving his all in the world of football.


After all, he has suffered a serious knee injury in the past, and that can be frightening for any athlete.

Watch Blue Lock when it releases later this year, however, and we may just learn that Chigiri is quite a bit stronger than even he realizes.

Chigiri Hyoma is being voiced by Soma Saito in a completely different role than his recent one as Miyano in Sasaki and Miyano but one that, from the character trailer at least, sounds to be just as effective. 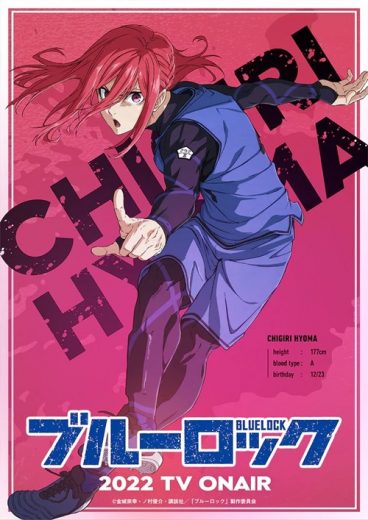 The new Chigiri Hyoma character visual also seems to show the football player’s strength, as he rushes forward to kick the ball.

And yes, that’s one helluva beautiful graphic, isn’t it?

The Blue Lock anime is based on the manga series written by Muneyuki Kaneshiro and illustrated by Yusuke Nomura.

The series has 17 volumes out in Japanese, with Kodansha publishing the manga in English.

It tells the story of a group of Japanese football players who join an exclusive training program in a bid to become Japan’s best strikers.

Tetsuaki Watanabe (episode director of Kabaneri of the Iron Fortress) is directing the series, with Taku Kishimoto (Haikyuu!!) in charge of scripts and Masaru Shindō as both character designer and chief animation director.

Hell, I don’t even like football and from this and other footage I have already seen, even I think the anime looks like it could be a must watch.