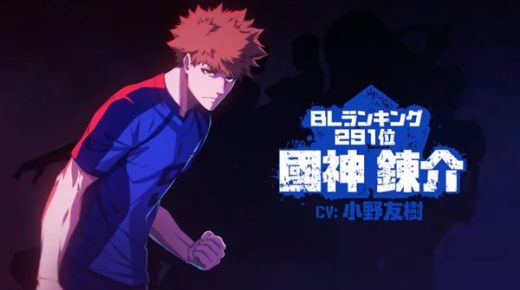 For readers of Muneyuki Kaneshiro and Yusuke Nomura’s Blue Lock manga, you will know Rensuke Kunigami is one of the main characters in the series.


Kunigami is a forward who is known to be a very serious football player. His main goal is to become the world’s best striker.

That’s why, in the just released Rensuke Kunigami visual (see below), the orange-haired footballer is wearing the Blue Lock body suit underneath Team Z’s blue #9 jersey and shorts, and is showing off both his power and his resolve.

A resolve, when it comes to his career ambitions, that seems to be even stronger than many others in the Blue Lock training program. 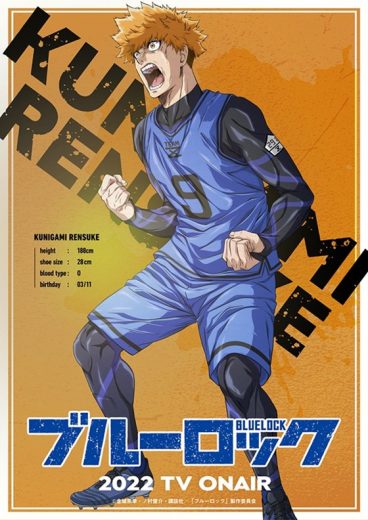 In the new Rensuke Kunigami PV, the footballer is being voiced by Yuki Ono and talks about how he is a superhero, who is not embarrassed about his ambitions.

Instead, he will give everything he can for them, while being completely open about his dreams.

Blue Lock is directed by Tetsuaki Watanabe (Haikyuu!! ep. director), with anime production being carried out at Studio Eightbit.

The football anime is scheduled to premiere some time in 2022.