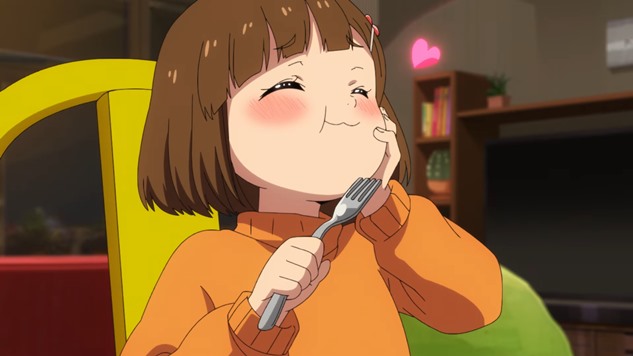 The premiere of the upcoming comedy anime Buddy Daddies is only a couple of weeks away (January 6th, 2023), so animation studio P.A. WORKS has released a new promo video in anticipation.

The Buddy Daddies’ Miri Unaska character video shows off the four-year-old who is at the center of this comedic childcare/organized crime original anime.

The just-released Miri Unaska character video has the mischievous and adorably cute child loving to eat, laughing at her two “dads”, enjoying a walk and even passed out sleeping on the sofa.

But let’s not mention that time she got her hand on one of the otherwise-occupied dads’ guns, eh?

Miri Unaska is beautifully voiced by Hina Kino (Milu in Isekai Cheat Magician), who has a gift for not only making little kids come completely to life, but also making them seem utterly cute too.

Daddy Buddies is based on an original story by Vio Shimokura (Tokyo 24th Ward), and is directed by Yoshiyuki Asai (Fate/Apocrypha). Katsumi Enami (Restaurant to Another World) designed the characters.

What is the plot of Daddy Buddies?

After all, Kazuki loves gambling and fast women, while Rei is a homebody who is addicted to playing video games.

Nevertheless, the two always get along, with things going fine until the precocious four-year-old child of a mafia boss wanders into a firefight the pair are involved in.

Because of that, the odd couple suddenly find themselves in charge of four-year-old Miri as the child’s ‘buddy daddies’.

Watch the Miri Unaska character video below, and get ready for the first episode of Daddy Buddies on January 6th.

This one, by the way, is at the top of my Must Watch list as, not only does it sound hilarious but, from the recently released trailer, the anime’s art style is absolutely gorgeous.

The anime will stream via Crunchyroll.