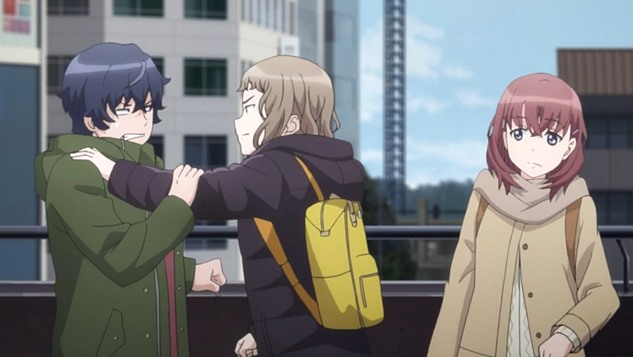 The romantic drama Just Because! is finally coming out on Blu-ray, with Sentai Filmworks publishing the popular anime tomorrow, December 13th, 2022.

The hit 2017 anime was one of the most popular series of that year, with millions of fans falling in love with both Natsume and Izumi, and hoping they end up together by the end of it.


Because there was just something special about this anime that made it stay in your heart long after it ended.

The Just Because! Complete Collection on Blu-ray includes all 12 episodes of the series (and yes, it does end after Season 1), along with a clean opening animation, 4 clean closing animations and seven Japanese commercials.

The anime comes on two Blu-ray discs, with both Japanese with English Subtitles and English Dub soundtracks.

RELATED: Just Because! OP ‘Over and Over’ by Nagi Yanagi is perfect for this lovely romantic drama 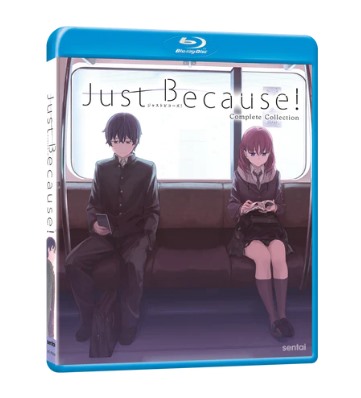 Sentai has this to say about the anime’s plot:

Relationships are living things: if they’re not constantly nurtured, they can wither, die, or even worse.

Haruto Soma, Mio Natsume, and Hazuki Morikawa are in their final semester at Kashiogawa High, and while there are some simmering undercurrents in how they feel about each other, the main focus in their lives is to keep studying until they get their diplomas. But into this perfectly reasonable plan falls a monkey wrench named Eita Izumi, who was their classmate and friend until his family moved away four years ago.

Now Eita is suddenly back and fitting him into the current dynamic is going to be awkward. Because people and friendships can change, and when they do, there’s always the chance that someone will be hurt. Not because of malice or deliberate intent, just because that’s the way life can be.

Watch the Just Because! trailer and the English dub cast announcement trailer below, and grab your copy of the Blu-ray now at Sentai.

Cost of the Just Because! Complete Collection on Blu-ray is $41.99 and, with less than two weeks before Christmas, it may just be that gift you are looking for.

RELATED: Do Just Because! Natsume and Izumi end up together, or do they end up with someone else?