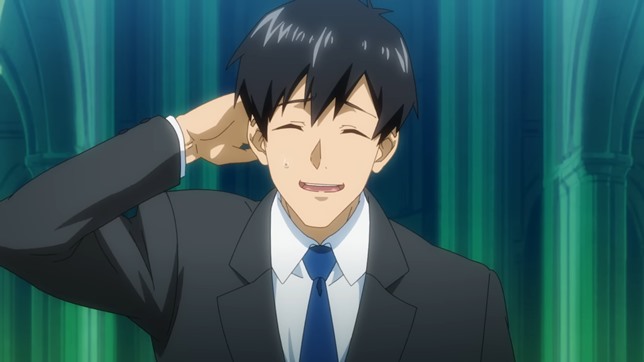 The anime adaptation of the fantasy isekai light novel series Campfire Cooking in Another World with My Absurd Skill (aka Tondemo Sukiru de Isekai Hōrō Meshi Ren Eguchi) is due to premiere in January, 2023.

And that means we can expect a fair number of promo pieces coming out over the next couple of months.


Including the just released Campfire Cooking in Another World with My Absurd Skill trailer that came out today, and gives us a glimpse into how protagonist Mukouda Tsuyoshi first arrived in his new world. In a full western suit, and not remotely prepared for being the Hero the kingdom has just summoned.

But, no worries, because Mukouda Tsuyoshi is apparently the type of person who makes the best of the situtation he is in. As can be seen in the trailer. as Mukouda begins to order ingredients so he can show off his cooking talent and serve some quite surprising customers.

Along with the hints of what we can expect, the new Campfire Cooking in Another World with My Absurd Skill trailer also introduced a new character — Ninrir, played by Maaya Uchida (My Next Life as a Villainess: All Routes Lead to Doom!)

The Campfire Cooking in Another World with My Absurd Skill anime series is directed by Kiyoshi Matsuday (Kakegurui××), with series composition by Michiko Yokote (Call of the Night) and character designs by Nao Ootsu (Beastars).

MAPPA is in charge of anime production.

The Campfire Cooking in Another World with My Absurd Skill light novel series the anime is based on currently has 12 volumes out, with 11 of those volumes now available in English via J-Novel Club, and a manga adaptation also being published by them.

Mukouda Tsuyoshi was nothing special in modern Japan, so when he was summoned to a world of swordplay and sorcery, he thought he was ready for the adventure of a lifetime. Too bad the kingdom that summoned him only got him by mistake! Not only was he not one of the three summoned heroes, but his stats were laughable compared to theirs. On top of that, there’s something really sketchy about this kingdom… “Ah, these people are the kind to try and use the Hero,” he realized, and immediately left to make his own way in this other world.

The only thing Mukouda can rely on is his unique skill: the “Online Supermarket,” a skill that allows him to buy modern goods in a fantasy world. It’s useless for combat, but if he plays his cards right, he could lead a comfortable life, maybe? At least, that’s what Mukouda thinks, but it turns out modern food bought with this skill has some absurd effects! What happens when Mukouda introduces ridiculously tasty modern cooking to a fantasy world like this? He gets some ridiculous repeat customers begging for more…!

Mark your calendars for next January, and watch the just released Campfire Cooking in Another World with My Absurd Skill trailer below.