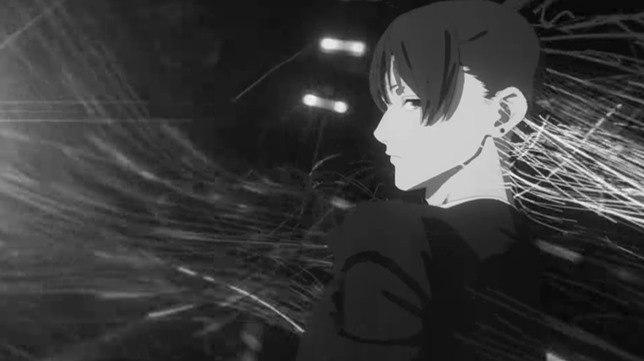 The Chainsaw Man Ending 11 animation is a black and white homage to the Special Division 4 of the Tokyo Public Safety Devil Hunters right before we hit the final episode next week when, if you can sense the dread that has been building over the last couple of episodes, we will probably lose some of them.

My money is on Aki and Power being two of those killed, along with probably Kishibe, although he is so damned ornery he may just survive.


It’s less than a week, of course, before the last episode of this season of Chainsaw Man premieres, and we find out.

And it is a pretty appropriate song for those animated scenes, when you consider just about every situation Special Division 4 finds themselves in involves violence.

The Chainsaw Man Ending 11 animation features most members of Special Division 4 in action, kicking off with a brief second of Denji quickly followed by Aki showing off his superb sword skills.

Power then arrives, proving immense speed is just as important as fighting techniques, as Makima strolls leisurely around the scene.

Proving to those of us who have always thought there is more to Makima than meets the eye, she is just about the scariest of the lot, as there is something under the surface we probably wouldn’t like.

Things don’t look good for Aki though, as he seems to be disappearing piece by piece, just like Himeno did, except slowly and a little more subtle.

Neither do they look good for Power, who may have sweet dancing skills and an insane ability to drop at speed from a huge height only to fight with deadly weapons in both hands but, in the case of the ending animation, is it just me, or does she seem to be literally dancing with death?

Then we have Kobeni, who is just freaked out, sad and completely removed from the reality going on around her.

Meanwhile, Galgali is nonchalant about his ability to quickly kill, and even Himeno makes a brief appearance, as the Public Safety Devil Hunters wouldn’t be complete without one last look at her.

Denji ends the Episode 11 ending animation, but what’s with that ending pose?

Watch the Chainsaw Man Ending 11 animation below, and guess who you think we may sadly see the end of in just a few days.

I hope I am wrong about Aki and Power especially, but unfortunately, I think I’m not. We’ll find out soon, eh?

You can also listen to Queen Bee’s ‘Violence‘ down there as well. It’s another banger.

RELATED: Who voices Power in Chainsaw Man? An Egyptian/Japanese voice actress who started work in the voice acting industry later than most