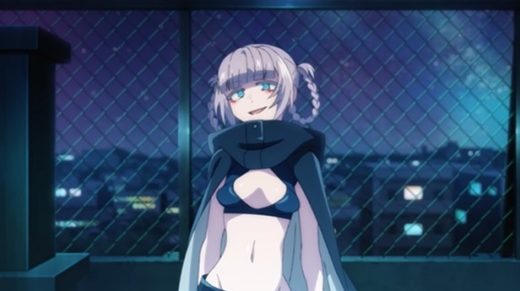 As if it wasn’t already cool enough Creepy Nuts had created an epic Call of the Night ending theme song with ‘Yofukashi no Uta‘, the Japanese hip hop group was also responsible for the recently heard insert song on Episode 2 of the new vampire anime series — ‘Loss Time‘.

Yesterday, a new ‘Loss Time‘ lyric video in Japanese was released featuring the segment of Call of the Night Episode 2 where the Creepy Nuts’ insert song was played.


And, yep, it’s just as fun watching the animation through a second time, as that song is hella good.

‘Loss Time‘ is titled ‘ロスタイム’ in Japanese, and was played as Nazuna is flying Kou over the city.

The song itself will be officially released on Creepy Nuts’ upcoming third album Ensemble Play, which is due out on September 7th.

Watch the short Creepy Nuts’ ‘Loss Time‘ lyric video below and, of course, watch Call of the Night via HIDIVE.

RELATED: Who voices Call of the Night‘s Nazuna Nanakusa in that wonderfully naughty and suggestive way?