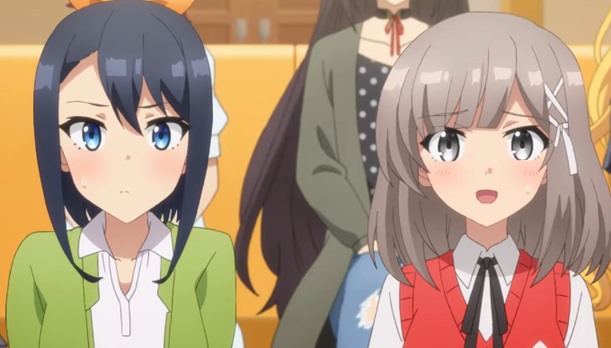 The upcoming CUE! anime is one of my most-anticipated series of 2022.

After all, if you love anime based around a group of cute girls doing cute things, it looks very much like you won’t get better than CUE! next year as the girls shown in it so far look adorable.

Today, a new CUE! trailer has been released that emphasizes that fact even more. A trailer that focuses on CUE!’s Team Flower — surely a team with the cutest anime girls you have ever seen.

The Team Flower video trailer profiles each of the four girls in the team — Haruna, Maika, Shiho and Honoka — and is it just me, or is Shiho (played by Kyouka Moriya) with her adorably husky voice likely to be your favorite too?

CUE! is an upcoming TV anime based on the Liber Entertainment mobile game. It follows a group of Japanese would-be voice actors desperate to become successful in the world of voice acting.

Related: First CUE! trailer features so many cute girls it will be difficult to choose a favorite — watch

The anime will premiere on January 8th, 2022 in Japan.

Watch the girls of Team Flower introducing themselves in the new CUE! trailer below. Now aren’t they all cuter than cute?