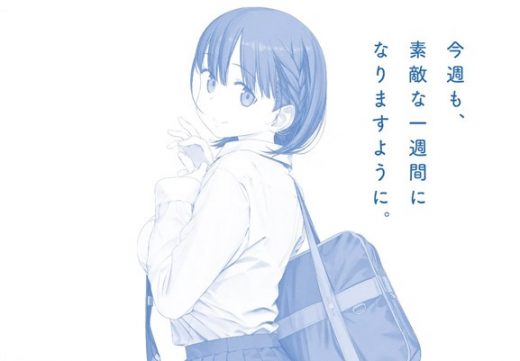 If there is one thing I am so sick of I could spit, it is the left-wing, their cancel culture and their fake outrage about anything they don’t like. To the point that, if they don’t like it, it must not be allowed to exist.

Even if most of the rest of us have no problem with it at all.


Fake outrage that is directed at a different target every day, only to move on to something else when these imbeciles get bored.

It is this cancel culture and mass censorship of ideas not acceptable to the left more than anything else in the last couple of years that has moved me away from being a Democrat for more than 30 years, to a now-staunch Republican who cannot wait to see the left-wing out of power and completely ignored.

Case in point, the United Nations Entity for Gender Equality and the Empowerment of Women (UN Women) group who, this month, is harassing The Nikkei newspaper for publishing an advertisement for the manga Tawawa on Monday.

(And please tell me when has the UN done anything worthwhile for women with the billions of dollars we pump into this worthless organization every year? I’ll wait).

An advertisement they deem ‘unacceptable’, and one they are now asking the newspaper to ‘clarify’ the reason behind deciding to print it.

After all, according to them, we are all beholden to the opinions of UN Women, other left wing women’s groups, and anyone else on the left who decides what we are allowed to like and not allowed to like, aren’t we?

And, if they don’t like it, we must ‘clarify’ why we do, so they can decide if it’s ‘acceptable’ or not.

(My clarification on this issue? “Bite me”).

The advertisement that UN Women has a problem with, apparently, is nothing more than a drawing of Tawawa on Monday‘s protagonist Ai-chan, wearing her school uniform and carrying her school bag.

The text next to it says “I hope this will be a wonderful week“.

Kodansha placed the ad in The Nikkei to promote the publication of the manga’s fourth volume.

And that, ladies and gentlemen, is what is outraging United Nations Entity for Gender Equality and the Empowerment of Women this month.

A simple drawing of a high school girl in her school uniform.

Not the fact that ‘transgender women’, who are physically much stronger than biological women, are allowed to compete against those women in sports, beat them easily, and thus destroy their chances of excelling in the sports they have worked their whole lives to be good at.

Not the fact that tens of thousands of women and children are being slaughtered in Ukraine by Russian forces.

Not the fact that thousands of women and children are being trafficked over the United States’ southern borders every month by cartels, as Biden continues to allow anyone who illegally wants to enter the U.S. to do so.

And, of course, not the fact that Japanese women overall have far fewer opportunities in business in Japan than do men and are usually paid less for doing the same job.

No. None of these.

Instead, according to UN Women, we are all supposed to be up in arms over an advertisement featuring a simple drawing of a schoolgirl on her way to school.

Because according to Kae Ishikawa, the director of UN Women’s Japan office, the ad reflects a male-centric view of high school girls, and so is likely emphasizing that their personality is limited to being sexually enticing to men.

Tawawa on Monday, by the way, is a manga about a large breasted high school girl who is on the same train as a salaryman every week.

He hates going to work, and just the sight of her and how she smiles at him, makes his entire day worthwhile.

She likes him too. So much so, she asks him to always take the same train as her on Mondays so she can stand next to him.

That way he can chaperone her and protect her from perverts.

Yep, all in all, pretty tame stuff in a beautifully drawn manga.

But, to UN Women, the cute Tawawa on Monday ad in The Nikkei is so disgraceful, it apparently needs to be killed with fire.

And this is why I detest these so-called ‘women’s groups’ like UN Women, their strait laced, one-direction way of thinking, and their constant attempts to censor ideas.

Groups run by people who mistakenly believe they speak for all women when it comes to their narrow-minded opinions when, in reality, they sure as hell don’t speak for the hundreds of millions of women around the world like me.

Women who detest censorship in any form, and who are sick to death of being told what to think, feel and like by virtue signalling, constantly ‘outraged’ people who believe only their opinions matter.

Honestly, “bite me” isn’t a strong enough phrase for my contempt.

As for the Tawawa on Monday manga, which is beautifully drawn by illustrator and mangaka Kiseki Himura, it is currently being published by Kodansha with its fourth volume out this month.

There is also a cute two-season Tawawa on Monday anime adaptation of the manga on Crunchyroll you might like. I know I loved it.