Upcoming new tactical RPG video game Re:ZERO – Starting Life in Another World – The Prophecy of the Throne got a new key visual today.

The Re:ZERO – Starting Life in Another World – The Prophecy of the Throne key visual cutely features a happy looking Subaru, Emilia and Rem walking through town as if they do not have a care in the world.

How far from the truth that likely is, eh?


The RPG game is being developed by Chime and published by Spike Chunsoft. It is based on the hit anime series Re:ZERO – Starting Life in Another World, but features an original story.

The story takes place a month after Subaru arrives in the alternate world when an emissary arrives at Roswaal Manor, and problems with the royal selection immediately come into focus.

Anime series author Tappei Nagatsuki came up with the story and is also supervising the development of the game, so the end result is likely to please fans of the anime. 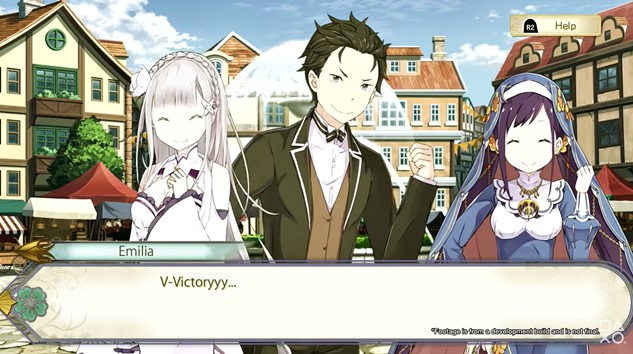 Character design will also match that of the game as it is being carried out by series’ illustrator Shinichirou Otsuka.

Unlike the Konosuba series of games, which completely ignore western fans of the anime series, this Re: Zero video game will also have a complete English translation.

Something the Konosuba folks could learn from, right?

Re:ZERO – Starting Life in Another World – The Prophecy of the Throne will release before the end of the year on the Nintendo Switch, the PS4 and on PC.

Until then, check out the official English-language trailer.