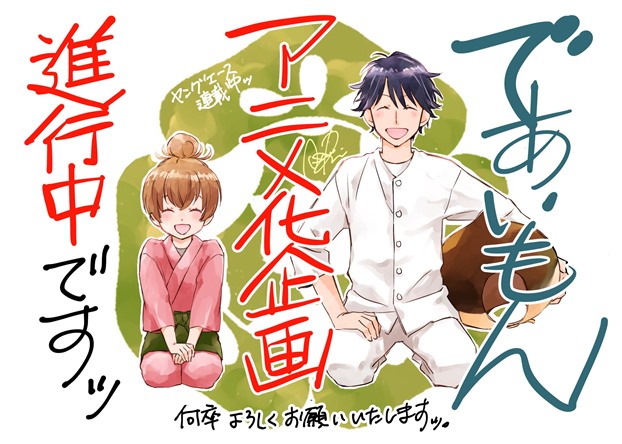 Fans of the popular Deaimon manga series by Rin Asano will be pleased with today’s news of a Deaimon anime series.

Young Ace magazine’s official Twitter account announced the upcoming anime today, although not much else is known about the new series yet.

The Deaimon manga tells the story of Nagumo Irino who moves back to Kyoto after more than 10 years away from his family and their confectionary business.

When the young musician arrives, he expects to be in charge of the shop only to learn a young girl called Itsuka Yukihara has been named the successor, and his own role is to be a mentor to her instead. 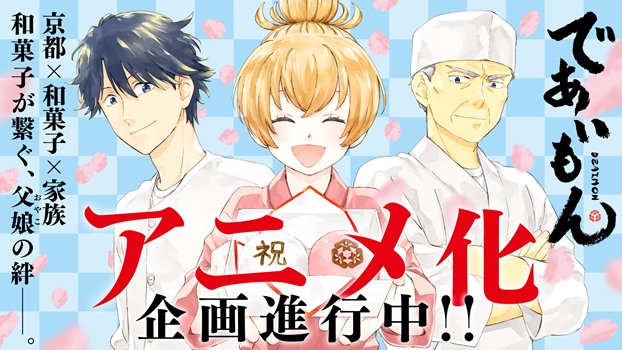 The slice of life manga has been published since early 2016, and is still ongoing with the 11th volume of the series being released next month.

We will update you as soon as the Deaimon director, cast and character designer are announced. Until then, enjoy the cute new graphics.