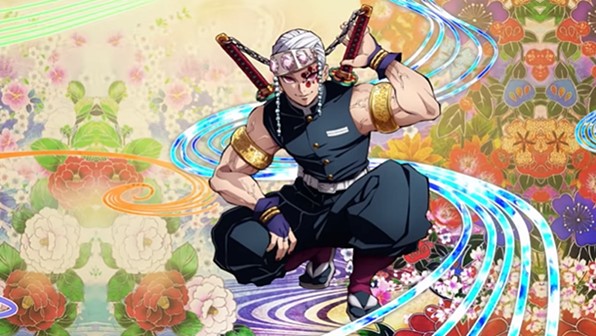 If you have watched the last episode of Demon Slayer: Kimetsu no Yaiba Mugen Train Arc, you will have seen the trailer for the upcoming Entertainment District Arc, which is set to premiere on December 5th.

That Entertainment District Arc trailer has now been officially released to YouTube, with Aniplex uploading it to their channel earlier today.

The Demon Slayer Entertainment District Arc trailer has English subs but, other than showing some very pretty backdrops, and a couple of shots of fight scenes, it doesn’t give much away about the anime’s latest arc.

Not to worry, though, as the first episode of the Entertainment District Arc will be out on both Crunchyroll and Funimation on Sunday, so that interminable wait is soon coming to an end.

Remember too, the episode will also premiere the Aimer opening and ending theme songs (‘Akeboshi‘ and ‘Shirogane‘) we have all been waiting for. Yay!

Watch the Entertainment Arc trailer below and just notice, in even those few brief clips, how beautiful the art style and how fluid the animation.

It really is little wonder then that Demon Slayer became the monolithic worldwide hit that it did, eh?