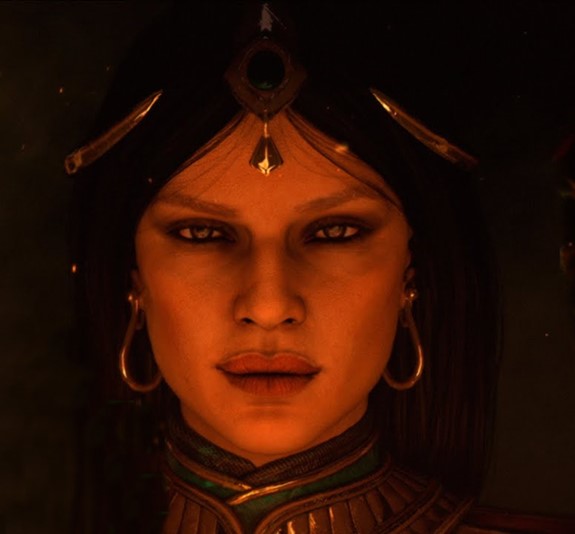 While I have to say, without seeing gameplay from the final version, I currently fail to see the point of Blizzard’s releasing of Diablo 2: Resurrected. Other than it appearing to simply be a money grab.

After all, the ‘improvements’ are still minimal compared to the original game released in 2000 and, without cross-platform play, it isn’t likely to please most gamers.

But… some people seem to be excited about the upcoming remastered RPG, so…

Blizzard has just released a new Diablo 2: Resurrected trailer featuring the Sorceress class — one of my favorite classes in the game — for those who do plan on buying the updated game.

The Diablo 2: Resurrected Sorceress trailer gives a quick glimpse at what you can expect if you choose to play with this class, including the Sorceress’ main skills that, once mastered, will help you kill many mobs in just one quick strike.

Bosses too can be a cinch to defeat once you’re leveled up correctly.

The Sorceress’ skills fit into three specific categories — Ice, Lightning and Fire — and all are usable with only a small amount of item investment.

Skills like Frozen Armor, Fire Ball, Fire Mastery, Frost Nova, Ice Bolt, Glacial Strike and Blizzard are fabulous for striking mobs before they get to you.

Teleport also allows her to teleport away from enemies if in danger, and then teleport back into the fray once she has recovered.

The short Diablo 2: Resurrected Sorceress trailer also gives you a look at just how fast she is once she hits her stride. To the point that a battle can be over in seconds if you plan you’re strategy correctly before going in.

Diablo 2: Resurrected is due out on September 23rd, and will release on Xbox Series X/S, PS4, PS5, PC, Xbox One and Nintendo Switch.

Check out the Diablo 2: Resurrected Sorceress trailer below and, if you would like to see a little more of the Sorceress in action before then, YouTuber Rhykker played as the Sorceress during the Alpha release of the game a few months ago.

Watch that gameplay below too.

You can pre-order Diablo 2: Resurrected via Battlenet.