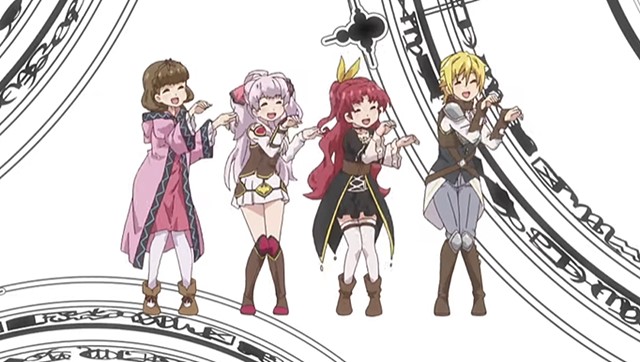 When it comes to cute and cool anime songs, it is difficult to beat the Didn’t I Say to Make My Abilities Average in the Next Life? OP.

Just like the opening theme song for Miss Kobayashi’s Dragon Maid, the song comes with the cutest animation that features the funniest dance number and, of course, that chorus lyric of “wahhō wahhō” which, let’s face it, is pretty much everything!

The song is called ‘Smile Skill=Sukisukiskill” and is performed by a group called Akaki Chikai (otherwise known as Azumi Waki (Mile), Sora Tokui (Reina) and Masumi Tazawa (Pauline) — three of the voice actors in the series).

The track opens all 12 episodes of the first season of Didn’t I Say to Make My Abilities Average in the Next Life? (aka Watashi, Nouryoku wa Heikinchi de tte Itta yo ne!), making this already fabulously cute and funny anime series even better.

Lyrics for the track were written by Aki Hata, with composition by tatsuo. 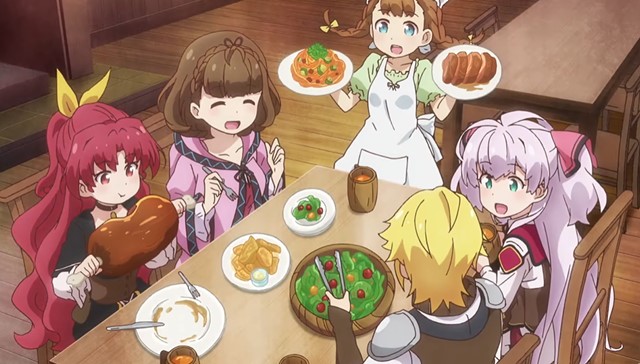 Listen to Akaki Chikai’s Smile Skill=Sukisukiskill” in the video below and, of course, dance along to that ‘wahhō wahhō” because, man, that’s fun.

As someone said in the YouTube comments for the video, yes,we really need a 10-hour loop of just the ‘wahhō wahhō'” in order to feel remotely satiated.

Project No. 9 (High School Prodigies Have It Easy Even in Another World) was responsible for the animation.

You can currently watch Didn’t I Say to Make My Abilities Average in the Next Life? on Crunchyroll.