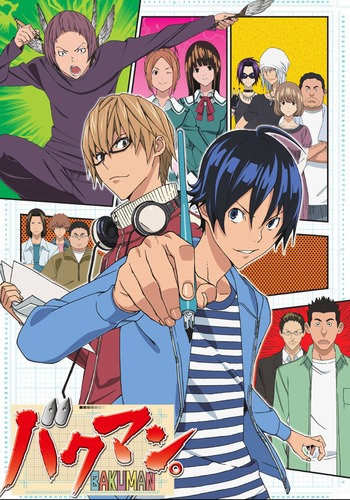 One of the frustrating things about watching all 75 episodes of the Bakuman anime is waiting to find out if Moritaka Mashiro and Miho Azuki end up together, or does their dream of being a successful mangaka and a voice actress not end in a relationship and marriage?

After all, 75 episodes of Mashiro and Azuki stubbornly sticking to their decision to neither get to know each other better or date, is one of the more irksome things in anime.


Sure, it’s sweet and sure its wholesome, but years after graduating from high school and still not dating, and hardly anyone would end up married in real life, let’s face it.

So, do Bakuman‘s Mashiro and Azuki end up together at the end of the three seasons of the anime? And do they get married?

Do Mashiro and Azuki end up together?

In the first episode of Bakuman, when Mashiro and Azuki promise to get married once they are a successful mangaka and voice actress, you don’t actually realize them being apart will be the situation for most of the 75 episode anime series.

But yep, that is the case, with the couple only occasionally talking on the phone, or sending each other text messages.

Other than that, they rarely meet and instead concentrate on their mutual careers. For years!

Meanwhile, their friends Takagi and Kaya begin dating while still in high school and eventually get married, while Mashiro and Azuki remain apart.

At the end of Episode 75, however, (the last episode of Season 3 of Bakuman), after the first episode of the Reversi anime based on Mashiro’s manga is aired, Mashiro goes to pick up Azuki and drives her to her old house.

This, you will remember, is where the pair made their promise to marry each other.

Once there, while it does take Mashiro a little while to propose to Azuki as he’s nervous, he eventually does, she says “Yes”, and the pair kiss.

So, yes, Mashiro and Azuki do end up together, and they also eventually move into Azuki’s old house together.

As for do they get married, in one of the final scenes at Hiramaru and Aoki’s wedding, Aoki throws the bouquet and Azuki catches it.

Leading us to believe the wedding of Mashiro and Azuki is next.

You can watch all three seasons of Bakuman via Hulu. I suggest you do as, other than Mashiro and Azuki’s annoying relationship, the anime is superb.