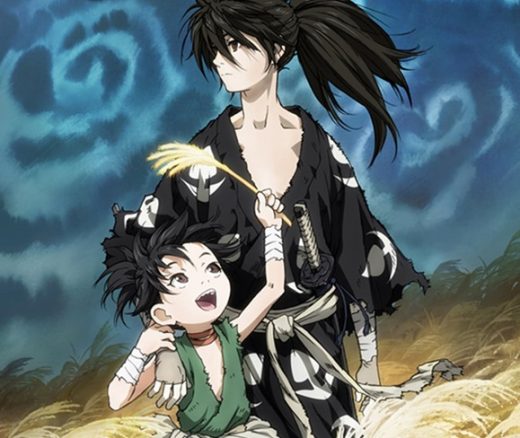 I am always amazed at how many people seem to miss the unsaid or unexplained things in anime.

Or, in some instances, convince themselves something didn’t happen when, if you look at what the anime script writer is telling you, even if it’s not overt, it definitely did.


Take the case of Dororo couple Hyakkimaru and Dororo. A boy and a girl who meet when the boy, Hyakkimaru, is 16-years-old and the girl, Dororo, (and yes, she is a girl) is 11-years-old.

A couple who, might not be in a romantic relationship throughout the anime series as, after all Dororo is still a child and Hyakkimaru has more pressing things on his mind but who, if you look closely at the ending most definitely end up in one.

Do Dororo and Hyakkimaru end up together?

I have read so many online posts about Dororo and Hyakkimaru that insist the pair don’t end up together at the end of the anime, and I often wonder did those people watch the same anime series I did?

Or did they see that final scene and not realize what was being said?

So let’s look at what happened at the end of the 2019 Dororo anime series — Dororo, Season 1, Episode 24 — after Hyakkimaru goes to the Hall of Hell to confront his father, and walks away leaving his father with the realization that, had he not made a pact with the demons, Hyakkimaru would have been the person who could have saved his estate.

Hyakkimaru then leaves on his journey alone, and Dororo goes her own way knowing that eventually he will come back to her.

Even Biwamaru believes “that something more than blood and despair lies ahead for these two young souls”.

The final scene of Dororo then shows Dororo years later, quite obviously a young woman at this point, running along a wooden pier towards someone standing at the end.

As the golden light clears, we see a more mature Hyakkimaru turning towards the running Dororo and smiling.

Yes, Dororo and Hyakkimaru end up together, as that hint from Biwamaru and that final lovely scene tells us they do.

Watch Dororo via Amazon Prime Video, and you will see just what that scene was telling you if you cared to look.