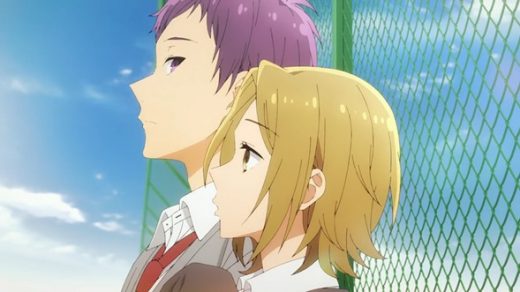 While I loved, loved, loved everything about the Horimiya anime series, especially the characters and the art style, there was one thing I found to be a huge disappointment.

The relationship between Yuki Yoshikawa and Tooru Ishikawa.


After all, like most Horimiya fans, I wanted Yuki and Tooru to end up together by the end of the anime but, as you can probably tell from my comments, they don’t.

Sure, there is that wonderful scene in Horimiya Episode 10, “Until the Snow Melts“ where Yuki and Tooru are on the roof of the school, and Yuki knows Sakura has confessed to Tooru, but Tooru tells her he isn’t interested in Sakura.

He then goes on to list all the things he loves about ‘snow’ (‘yuki’ in Japanese).

And that’s when you realize Tooru loves Yuki as much as she loves him.

Then, in Horimiya, Episode 12, “Hitherto, and Forevermore“ Toru talks to Sengoku and Iura about his feelings for Yuki, admits he loves her, but says he prefers to just stay as they are and not to date.

And so, by the last episode, that is where Yuki and Tooru remain.

Still friends, but really more than friends, spending a huge amount of time together but definitely not dating. 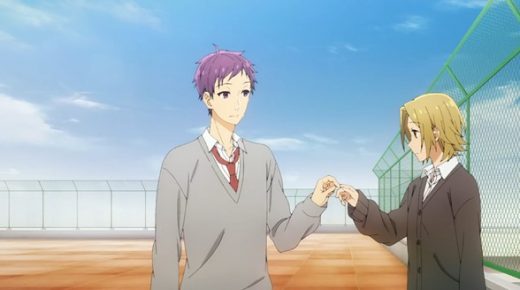 Both of them in love with each other, but seemingly too unsure or too afraid to move forward.

And no, it isn’t any different in the manga, where Yuki and Tooru don’t end up together either. However…

…to give you (and me) some hope, in the original Horimiya web comic, things are different.

The mutual attraction between Yuki and Tooru is a little more obvious, and Tooru eventually asks Yuki if they are dating.

RELATED: When does Horimiya‘s Miyamura tell Hori he loves her for the first time?

She confesses that she is fine with them not moving forward beyond their current state, as she isn’t sure what ‘dating’ means, and what would he expect that would be different if they were dating anyway?

But, as Yuki continues to talk, it is obvious this is only due to her own fears about being able to commit to a relationship, her fears about Tooru liking Sakura (he doesn’t!), and her fear of admitting she wants something.

Because, don’t forget, Yuki has never been good at asking for what she wants, or even admitting she wants anything.

The best we Horimiya and Yuki and Tooru fans have then, is only the hope the two will eventually end up together.

But, sadly, not the promise.

Watch every episode of Horimiya on Crunchyroll.