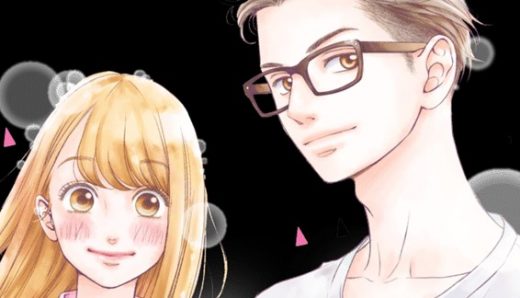 When I discovered the shoujo manga Living Room Matsunaga-san (aka Living no Matsunaga-san) earlier this week, I read every volume in just one night.

After all, Miko Sonoda and Jun Matsunaga are so adorable with each other, I wanted to see how it would end.


Do Miko and Matsunaga end up together, or does housemate Hojo jump in and make her fall in love with him instead?

The Living Room Matsunaga-san manga series has 11 volumes. All of which are now out in English, as well as in Japanese.

And, while just reading the whole series this week means I was about a year late to the Living Room Matsunaga-san party, I am happy I finally got to it as, I have to admit, this shoujo manga is one of the best I have read in a while.

So much so, along with wanting to know if Miko and Matsunaga end up together, I also liked all the other characters, the plot, the ‘feeling’ of the manga, the pacing, the slow burn of the romance between Miko and Matsunaga and, of course, its beautifully clean art style.

I also loved that there really are no ‘bad guys’ in the entire thing. Just people taking care of each other, and trying to do ‘the right thing’.

So, in that vein then, do Miko and Matsunaga end up together, or does Hojo manage to steal her away? 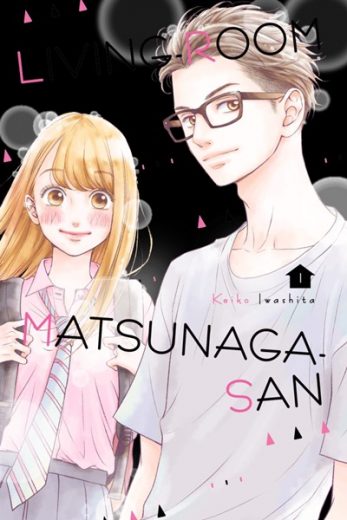 While the reader knows early on in the series that Matsunaga-san has feelings for Miko, neither of the pair know how the other feels about them.

By Volume 4, Miko has kissed Matsunaga on the cheek while she thought he was sleeping after becoming sick, and Matsunga is now frantically trying to kill his feelings for her.

After several drunk incidences when Matsunaga tells Miko she’s ‘cute’ or that she’s ‘special to him’, Matsunaga is getting himself in more and more trouble with his feelings for her, while Miko is still in the dark.

But, by Volume 5, Matsunaga has now admitted he “wants a girlfriend” he can become head over heels in love with and, in Volume 6, he asks her how she feels about older men.

In a not-related-to-me way, you understand. 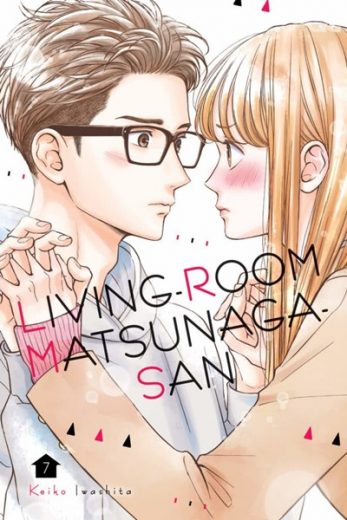 In Volume 7, Miko becomes jealous of Konatsu, her teacher and Matsunaga’s ex-girlfriend.

When she asks him what is going on with them, and he tells her “Nothing” but then asks “Are you jealous?” she replies “Unfortunately, I am” and then takes off running down the street with Matsunaga chasing after her.

It is then he crouches down in front of her in the middle of the street, asks her to spend Christmas with him and ends it by saying “I want to be with you”. (Still not a confession, though, just “sort of”).

Volume 8, however, is most definitely the ‘big confession’ when, on the ferris wheel at the amusement park, Miko tells Matsunaga she loves him. “As a man”.

Flustered, he responds that’s why he turned Konatsu down when she asked him to give her a second chance, because he is in love with Miko. “As a woman”.

But then… for the next three volumes, the two are still not dating as Matsunaga wants to wait until Miko is 18-years-old and graduated from high school before they can officially become a couple. 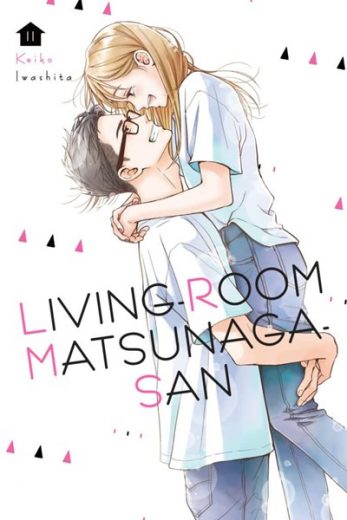 In Living Room Matsunaga-san Volume 11, the final volume of the series, the pair have their first fight, when Matsunaga has to break their date on Miko’s 18th birthday due to a work commitment. Then, on his way to see her later that day, he gets hit by a truck and ends up in hospital.

Miko, not knowing this, shouts at him when he is finally able to call her from the hospital several days later that she is going on a date with Hojo. After all, “it’s not like I’m anyone’s girlfriend, right?”

The pair reconcile, however, when Hojo realizes Miko will never love him, and tells her to go to Matsunaga and find out what happened to him. He then calls Matsunaga, and tells her to meet Miko at the train station, because she is on her way to see him.

When Miko arrives and sees him with a bandaged foot and crutches, she realizes he didn’t just ignore her on her birthday, he was actually in hospital.

From then on, the months fly by until Miko graduates high school, goes to and graduates from university, and finally leaves the share house to move in with Matsunaga.

At this point, she is around 23-years-old, and he is 33, and they now plan on spending the rest of their lives together.

So, yes, Miko and Matsunaga do get together in Living Room Matsunaga-san. Just like we hoped they would, right?

You can buy all 11 volumes of Living Room Matsunaga-San via Kodansha, in both print and digital versions.

If you like a superb rom com manga, (and this one has some hilarious moments), with a happy ending, you will love it.