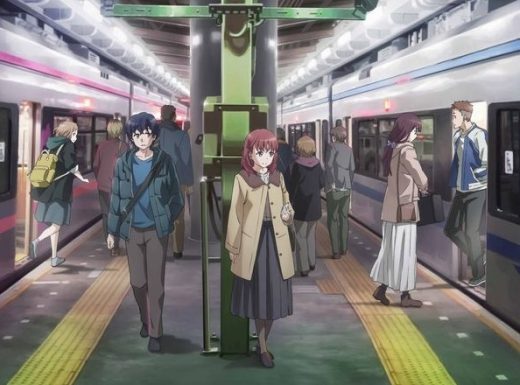 NOTE: Don’t read the following article about Natsume and Izumi’s relationship if you don’t like spoilers

While the relationship between Mio Natsume and Eita Izumi in the superb Just Because! anime has always seemed to have its problems, viewers including me hoped Natsume would end up with Izumi by the end of the series.


After all, they both love each other, right?

But, as Episode 12 of Just Because! begins, things do not look good for Natsume and Izumi at all. Especially because Ena Komiya still wants Izumi to fall in love with her, and Izumi himself is having problems getting into the university he wants to go to.

So, do Natsume and Izumi end up together, or does Komiya win out at the end? 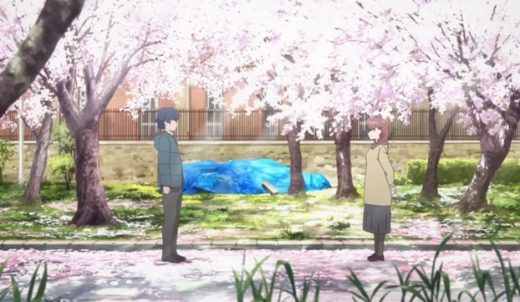 Do Natsume and Izumi end up together? Or is Komiya the winner?

Episode 12 of Just Because! begins with Izumi realizing he did not get accepted to Suizan University, and then Natsume messaging she was accepted ‘at her first choice school’.

Natsume’s friends congratulate her, but Izumi does not reply although he is pleased for her.

After their high school graduation ceremony, Natsume goes looking for Izumi but cannot find him.

Meanwhile, Komiya is in the photography club room with Izumi, gives him his graduation present (a photo album) and tells him he doesn’t have to respond to her previous love confession yet.

But Izumi says he wants to be as upfront as she was with him and tells her, even though he was happy she liked him, he cannot reciprocate her feelings as he has “liked someone else for a long time”.

When he leaves we hear Komiya crying.

Natsume sends Izumi a message saying she has something to tell him, and to meet her at the hill behind the school, but he doesn’t come so she goes to meet her friends.

He messages her later that he was late, but she doesn’t reply.

A month later, Natsume is at university and Izumi is starting at Joei University after failing to get into Suizan University where Natsume is going. Or so he thinks.

It turns out Natsume changed her first choice to Joei University because that was where Izumi was going, but she didn’t tell him that.

When Izumi turns around, Natsume tells him “It’s not like I followed you here”, to which Izumi responds “I like you, Natsume”.

Natsume replies that she likes him too then, as they move towards each other, the episode ends.

So, do Natsume and Izumi end up together at the end of Just Because!? Yes, yes they do.

Watch all 12 episodes of Just Because! via Amazon Prime Video.