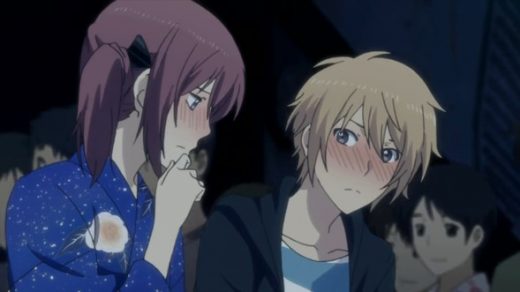 While the main characters of the ReLIFE anime series are obviously Kaizaki and Hishiro, there are two supporting characters that are obviously just as in love with each other as the anime’s protagonists.

They are Rena Kariu and Kazuomi Ōga, the girl and boy that sit near Kaizaki in class.


Rena and Kazuomi have been friends since middle school but, even during their last year of high school, have not moved their relationship beyond just the friend stage.

So, do Rena and Kazuomi start dating by the end of ReLIFE, or do they remain clueless about each other’s feelings going forward?

Do Rena and Kazuomi start dating in ReLIFE?

It is obvious to the viewer both Rena and Kazuomi have romantic feelings for each other, but neither seems to want to admit it.

That is until Kaizaki starts asking Kazuomi who he likes, who’s hand he wants to hold, and who he would be devastated about if he lost them?

It is only then Kazuomi realizes he loves Rena, and so plans to confess to her at a fireworks festival the group of friends are attending. (ReLIFE, Episode 13, “Confession“). 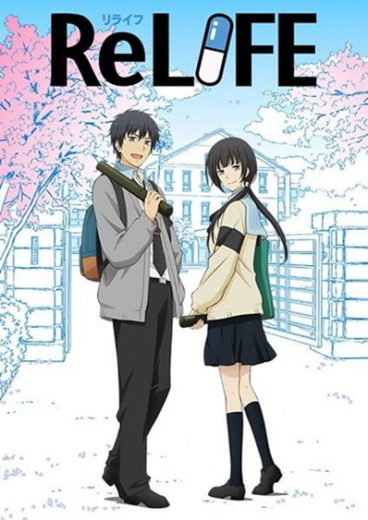 Meanwhile, Rena has also realized Kazuomi may be going to a different university to her, so she also plans to tell him about her own feelings at the fireworks festival before she loses him completely.

Their friends plan to leave them alone together, so they can both get on with confessing and, when the time comes, Kazuomi quickly blurts out that he likes Rena.

Rena is stunned, as she has been going through scenario after scenario in her head about how she can tell Kazuomi about her own feelings.

RELATED: Do Kaizaki and Hishiro end up in love in ReLIFE or do they forget each other when they become adults again?

After a few minutes, however, they both confess their feelings and tell each other how long they have been in love.

They eventually find their friends waiting for them, and are congratulated about their ‘now dating status’ while both look embarrassed and uncomfortable.

So, yes, Rena and Kazuomi do end up dating.

If you read the webtoon, which is much longer than the anime and includes a lot more details about everyone’s relationships, we also find out months after the friends have graduated from high school, and Kaizaki and Hishiro have changed back into the adults they used to be, Rena and Kazuomi are still dating.