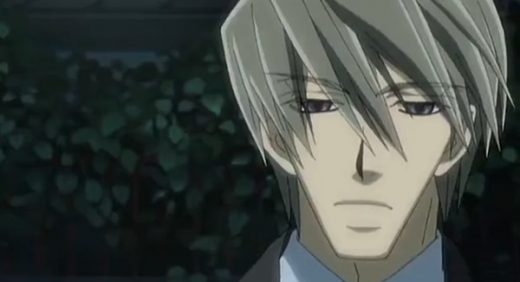 While he is one of the six main characters in Junjou Romantica, if not its standout main protagonist, does Akihiko Usami appear in Sekaiichi Hatsukoi, another BL anime also based on a manga by Shungiku Nakamura, or does his character only show up in Junjou Romantica?


After all, Usagi-san is such a popular Boys’ Love character, fans want to check him out in as many places as possible, right?

The currently two-season anime series Sekaiichi Hatsukoi takes place in the same world as Junjou Romantica, with much of the story occurring at the Marukawa Publishing company, as that is where most of the main characters work.

That publishing company also publishes the literary novels of Akihiko Usami. In fact, at the beginning of Junjou Romantica, Usami is the company’s biggest selling author.

RELATED: How old are Usagi-San (aka Akihiko Usami) and Misaki Takahashi in Junjou Romantica?

That is why, Akihiko Usami is mentioned during a party for manga authors in Season 1, Episode 6 of Sekaiichi Hatsukoi.

The man himself then briefly shows up in Season 2, Episode 6 of Sekaiichi Hatsukoi in an episode that takes place 11 years before Junjou Romantica begins.

In the episode, Usami appears as the then 17-year-old neighbor of Ryuichiro Isaka (see screenshot above), before Isaka becomes Senior Managing Director of Marukawa Publishing.

It is Isaka who discovers Usami’s unpublished novel while on a visit to his house, and insists he bring it to Marukawa Publishing.

From then on, the rest becomes history for Akihiko Usami, who is soon the most famous author being published by Marukawa Publishing.

Watch Sekaiichi Hatsukoi, Season 2, to check out that scene, via Funimation.