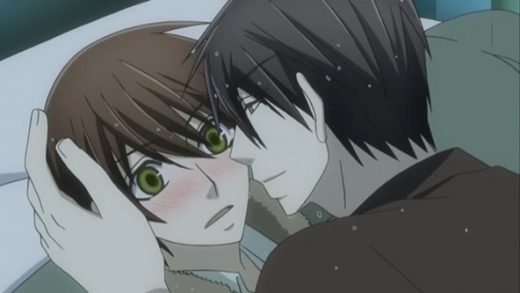 For most of the first two seasons of the Boys’ Love anime Sekaiichi Hatsukoi, Takano is telling Onodera he loves him and Onodera is running away.

After all, it was Takano (supposedly) who broke Onodera’s heart when the two were first dating when they were just 15 and 18 years old.


Now, 10 years later and reunited, Takano is still in love with Onodera, but Onodera is terrified of being in love with anyone. Particularly Takano.

So, does Onodera end up with Takano in Sekaiichi Hatsukoi in any episode? Does he tell him he loves him? Or do the pair walk away from each other?

And you’ll have to read on to find out. 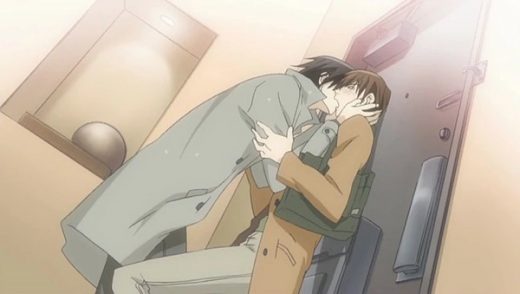 Does Onodera end up with Takano in Sekaiichi Hatsukoi? Does he tell him he loves him?

During the first two seasons of Sekaiichi Hatsukoi, Takano spends much of his free time chasing Onodera, while Onodera continues to run away.

At the same time, the two are having sex quite regularly, which at one point leads Takano to ask Onodera if he only ever has sex with people he hates?

That’s because Onodera keeps telling Takano he hates him, while still ending up in his bed.

As Season 2 progresses, though, it is obvious Onodera is having problems hiding his feelings for Takano, or continuing to persuade himself that he doesn’t love him.

Related: Best Boys’ Love characters ever… including some from Sekaiichi Hatsukoi

That’s why, in Episode 11 of Season 2 of Sekaiichi Hatsukoi, “Love makes the world go round“, Onodera is desperate to tell Takano he doesn’t hate him.

Even though Takano had heard him blurting that out to Yokozawa the night before after the two men got into an argument about Takano. 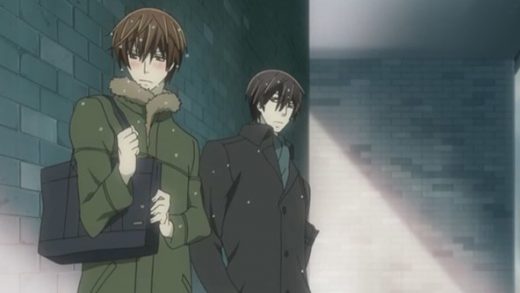 In the same episode, Takano and Onodera eventually end up standing under an overhang in the pouring rain, and Takano telling Onodera he had told Yokozawa he was in love with Onodera and that wasn’t going to change.

This leads Onodera to say “I love you” to Takano, but he does so as a huge clap of thunder hits so Takano doesn’t hear him. He asks him to repeat what he said, but Onodera refuses.

By the end of Season 2 of Sekaiichi Hatsukoi then, we pretty much know Onodera has admitted he is in love with Takano, but Takano is yet to know.

Onodera also tells Takano’s friend Yokozawa that he is in love with Takano in the same episode, but Yokozawa does not tell Takano.

Related: How to watch Sekaiichi Hatsukoi in the correct order

In the manga series, which is several volumes ahead of the anime, the pair are now dating but are still in a quite fraught relationship with Onodera still fighting his feelings for Takano and, even in Volume 15, Onodera has yet to tell Takano he loves him.

Apparently, though, according to Volume 15 of the manga this is coming in the next few days, which means Onodera will likely tell Takano he loves him in Volume 16.

A volume that has not yet been officially translated into English.

In other words, if you want an answer to the question “Does Onodera end up with Takano in Sekaiichi Hatsukoi?” — yes, he does, but it is still unofficial.

But has he told him he loves him?