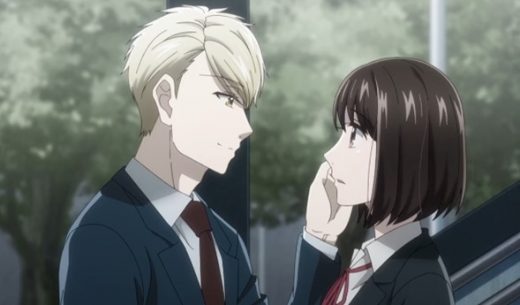 NOTE: There are many spoilers in this article about our favorite Koikimo characters so, if you don’t want to know, don’t read it

While some narrow-minded anime fans (and boy, there seem to be a lot of them some days!) called the romantic comedy anime Koikimo ‘inappropriate’ because of the age difference of Ichika and Ryo, if you watched it you know it wasn’t inappropriate at all.


Particularly as, at 17-years-old, Ichika is almost an adult.

In fact, once Ryo realizes he is in love with Ichika despite their rocky beginnings, he is nothing but respectful to her and to her wishes.

Even so, he can’t help his feelings for Ichika developing, as that’s what love is, isn’t it? Falling for someone you don’t expect to fall for, and having no control over your feelings at all.

With Koikimo now long finished, though, what happens to this couple separated by a few years of experience?

Does Ryo end up with Ichika and find his happiness, or does the age difference stop them getting together? 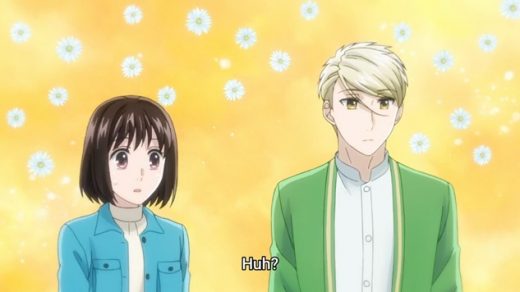 Does Ryo end up with Ichika in Koikomo?

Thus, saving him from serious injury. If not death.

In response and once he realizes Ichika is a friend of his sister, Ryo offers to kiss her or, if she wants, have sex with her as a ‘reward’.

Because that’s who Ryo is at that point in his life. A womanizer who flits from woman to woman, but doesn’t find happiness with any of them.

Why is he like this? Because deep down that’s not who he is at all. Instead, his behavior is an extreme reaction to the way his constantly critical father treats him.

RELATED: Koikimo‘s ending theme song is one of the prettiest anime songs of 2021 — Listen!

On the other hand, Ichika may only be 17-years-old, but she knows who she is, and she has a helluva lot of self-respect. So she tells Ryo exactly where he can shove his raunchy proposal.

As Ryo isn’t normally treated like this by women, he becomes more interested in Ichika, then quickly falls in love with her.

The remainder of the 12-episodes of Koikimo is Ichika convincing herself she doesn’t care about Ryo while, from soon after meeting him, her actions seem to suggest otherwise. 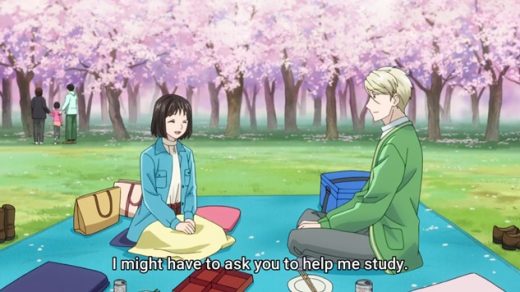 This pull-him-push-him type of behavior Ichika exhibits continues until, at a sakura viewing in Episode 11, Ichika is about to tell Ryo she loves him, but is disturbed by Ryo’s sister Rio and friend Masuda returning from buying food.

At that point, Ryo begins to panic, as he starts to think he may not be “responsible enough to take care of Ichika” (he is, but he’s afraid due to his past bad behavior with women), and he doesn’t want to hurt her.

So he cuts off communication with Ichika.

That cutting off of communication only intensifies Ichika’s feelings for Ryo, but she still refuses to chase after him until Rio, Ryo’s sister, tells her “Stop being half-assed about your feelings about my brother. You need to make up your mind, or you’re just going to hurt him”.

That eventually stirs Ichika into action and, by the end of Koikimo Episode 12, she is chasing Ryo down the same train steps he almost fell down, until she catches him and tells him she’s in love with him.

What follows is a lovely, and still quite funny, romantic scene with Ryo ecstatic Ichika has finally told him she loves him, and Ichika asking him if he will wait for her until she is an adult.

Considering that event is only a few months away, it’s not that long.

So, yes, to answer the question does Ryo end up with Ichika in Koikimo, yes, yes he does.

And that’s the way this really lovely anime had to end, with Ryo and Ichika in love with each other.