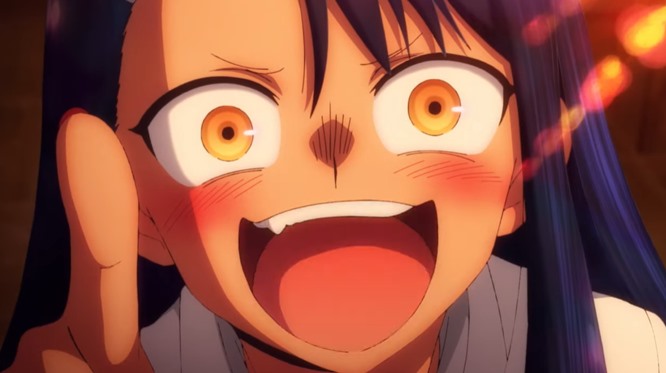 The upcoming Don’t Toy with Me, Miss Nagatoro anime series is something that has been on my radar since it was announced last year.

The romantic comedy anime looks cute and funny and, let’s face it, protagonist Nagatoro is definitely my kind of girl.

Today, the official website for the Don’t Toy With Me, Miss Nagatoro (aka Ijiranaide, Nagatoro-san) anime posted it’s first promotional video, as well as a cute key visual.

Both of which prove to me even more, this one is heading towards the top of my Must Watch Anime list for 2021.

The video gives fans a look at the artwork and animation in the series (which looks beautiful), as well as the craziness that will ensue once Nagatoro gets her mitts on Senpai.

All of it, of course, is done for laughs so, if you’re looking for something relaxing, cute and likely to have you rolling on the floor, the Don’t Toy with Me, Miss Nagatoro anime might be a sure thing.

The series stars Sumire Uesaka (Love, Chunibyo & Other Delusions!, O Maidens in Your Savage Season) as Nagatoro, Daiki Yamashita (My Hero Academia, Demon Slayer: Kimetsu no Yaiba), and Mikako Komatsu (Overlord, Is It Wrong to Try to Pick Up Girls in a Dungeon? III).

The series is being directed by Hirokazu Hani (Dances with the Dragons), with Taku Kishimoto (Fruits Basket) in charge of scripts, and Misaki Suzuki (Assistant Character Designer for Red Data Girl) is designing the characters.

Don’t Toy with Me, Miss Nagatoro premieres in April on Tokyo MX, MBS and BS11 in Japan.

Watch the cute Don’t Toy with Me, Miss Nagatoro trailer below, and check out that funny key visual above. Then add this full-of-personality anime to your list of must sees. I have.