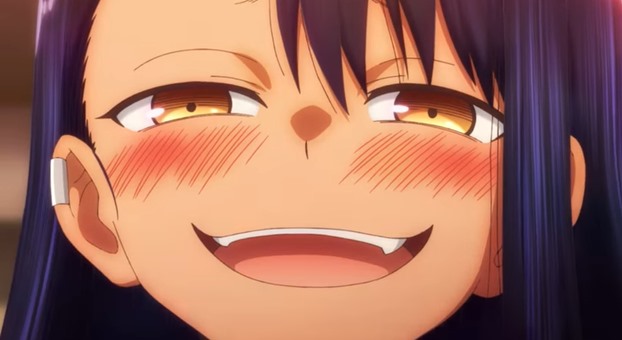 The upcoming Don’t Toy With Me, Miss Nagatoro anime series got a second promotional video today featuring the three ‘Nagatoro Friends’ (Gamo-Chan, Yosshii and Sakura) as well as an announcement about the series’ premiere date.

That date is April 10th, with the anime arriving on Tokyo MX and BS11 channels in Japan. It will also air on MBS and AT-X.

Don’t Toy With Me, Miss Nagatoro is based on the manga series by Nanashi, with a story line something like this:

Mischievous Nagatoro-san always bugs her Senpai to get a reaction out of him. What is her motivation? Does she just want to create misery for Senpai? Or maybe she secretly likes him?

The anime is being directed by Hirokazu Hanai (Dances with the Dragons), Taku Kishimoto (Fruits Basket) is supervising scripts and Misaki Suzuki (Tari Tari) is character designer.

(continue reading and watch the just-released Don’t Toy With Me, Miss Nagatoro second PV after the promo…)

Watch the just released Don’t Toy With Me, Miss Nagatoro second PV below and check out just how terrible Nagatoro can be.

The series itself will be streaming in the west some time next month.