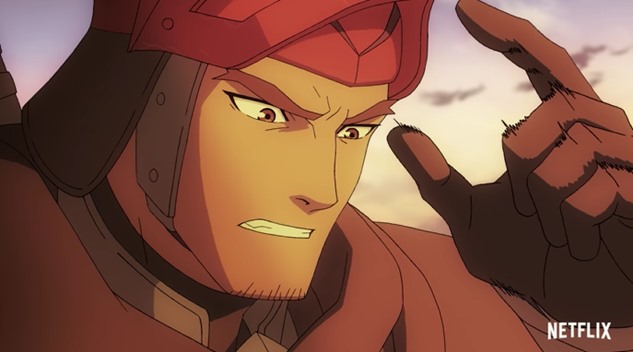 Well, here’s a nice surprise for gamers. Or at least, for those who obsessively play DOTA2, the hit multi-player battle arena mod for Warcraft III: Reign of Chaos from Valve. (Not me!)

A brand new animated series called DOTA: Dragon’s Blood is premiering next month — an 8-episode series that is coming to Netflix on March 25th and is based on DOTA2.

And yes, the series will be releasing globally.

South Korean anime studio Studio MIR (Kipo and the Age of Wonderbeasts) is in charge of production, with Ryu Ki Hyun as co-executive producer.

According to Netflix, the story of DOTA: Dragon’s Blood goes like this:

The upcoming fantasy series tells the story of Davion, a renowned Dragon Knight devoted to wiping the scourge from the face of the world. Following encounters with a powerful, ancient eldwurm as well as the noble Princess Mirana on a secret mission of her own, Davion becomes embroiled in events much larger than he could have ever imagined.

Along with the announcement, Netflix also released a short DOTA: Dragon’s Blood teaser trailer, which shows a beautiful art style that has a rich but subdued color palette, and pacing that seems to include a boatload of high-energy action.

Sadly, the series has English voice acting so it’s not my cup of tea. Most DOTA fans, though, will probably be thrilled.

If that’s you, watch the DOTA: Dragon’s Blood teaser trailer below to check out that pretty art style and the upcoming action.

You can add the DOTA: Dragon’s Blood anime to your Netflix watch list here.