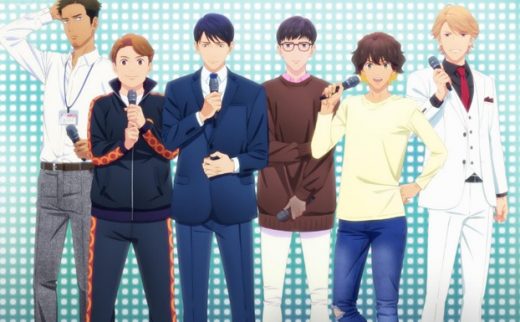 There is finally an idol anime series coming out for me. An anime fan over the age of 30 who, while I do enjoy a good idol anime, I just don’t get hot and bothered over teenage boys.


That, however, is about to change as Liden Films has just announced Eikyuu Shounen: Eternal Boys — an idol anime with every guy in the idol group over the age of 35, and three of the six age 40 or older.

Eikyuu Shounen: Eternal Boys is an original anime that follows a group of six men, who used to have other careers until they were all suddenly encouraged to become mature idols.

And, as if it wasn’t enough that the Eikyuu Shounen characters are over the age of 35, the voice actors playing them also have some years on them too.

Those Eikyuu Shounen voice actors are:

Now doesn’t it sound like Liden Films is realizing a huge number of anime fans are over the age of 30, and that ‘mature fan base’ is increasing all the time?

Eikyuu Shounen: Eternal Boys is being directed by migmi (Suppose a Kid from the Last Dungeon Boonies moved to a starter town?), with series composition by Kimiko Ueno, and character designs by Seiko Asai based on original designs by ma2.

The only sad thing about this Eikyuu Shounen: Eternal Boys announcement?

Meanwhile, you can learn more about each character, and look at their gorgeous character designs, on the anime’s official website.

And, of course, watch the first Eikyuu Shounen: Eternal Boys PV below.