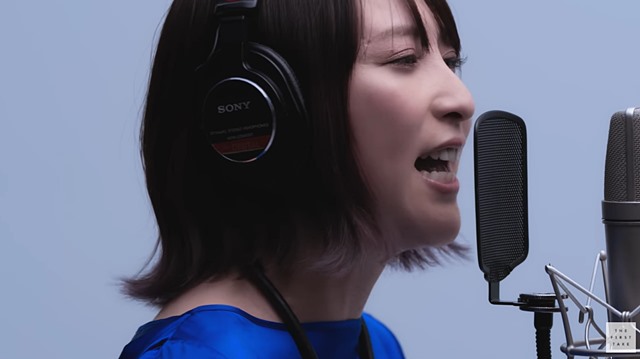 Japanese singer Eir Aoi is back on the phenomenally popular First Take YouTube channel this week with another superb performance. This time with a stunning live version of Eir Aoi’s ‘I Will‘ getting a First Take with just the singer at a mic and with a piano accompaniment — and, of course, no re-do.

‘I Will‘ is the ending theme song from the second cour of SAO: Alicization — War of Underworld and is a powerful, passionate track Eir Aoi sings stunningly here.

It is the second First Take video Eir Aoi has released in just a couple of weeks, with her live version of Sword Art Online’s ‘Ignite‘ going up on the channel at the end of August, and already earning over 1.7 million views from fans singing her praise.

The Sony Japan-owned First Take channel has been on fire lately as well, with not just Eir Aoi giving superb one-take performances, but other artists like LiSA (with one of the biggest hits in Japan this year — the Demon Slayer opening theme ‘Gurenge‘), Ryokuoushoku Shakai (with ‘Shout Baby’ — My Hero Academia ED) and milet (with her ‘inside you‘ from the hit drama series Scandal Senmon Bengoshi QUEEN).

Watch Eir Aoi’s ‘I Will’ from SAO: Alicization — War of Underworld live and in all its magnificence in the video below. And, if you don’t speak Japanese, remember to turn on the subtitles so you can understand the lyrics.

You can also hear her original recorded version of the song in the video below that.

As for First Take, its concept is simple — just one take with one mic, against a solid white background, with no audience and no staff. All done in an effort to show the artist’s raw energy when performing live.

The artist is filmed singing two of their songs. Songs that are then released on the First Take channel within a couple of weeks of each other.